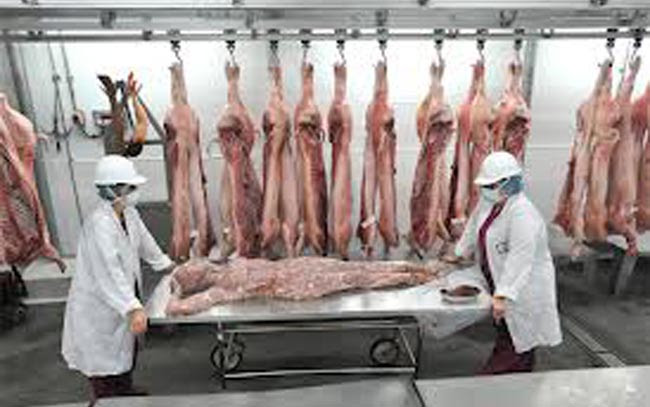 THE horsemeat scandal was particularly troubling, not because we may have all eaten the incredible Mr Ed, but rather, it prompted so many awful jokes that we all wished we’d eaten something fatal instead.
However, horsemeat is the last of your worries after food experts analysed a random dish bought in London which contained ‘mystery meat’.
While ‘mystery meat’ sounds quite exciting, the analysts couldn’t rule out the idea that the dish served could’ve contained dog, cat or, even more exciting, HUMAN!
Speaking about the unidentified flesh, Surinder Phull said: “It’s absolutely terrifying because if it isn’t any of the meats we know, well what is it? Where’s it come from? Where was it slaughtered? Was it hygienic? Are there any bacteria it was covered with?”
The findings are part of a BBC Three show called ‘Horsemeat Banquet’ and they brought together a bunch of weeds who are disgusted at the thought of eating horse. Of course, these people should just shut-up with their whining because eating horse is no different to eating a cute baby sheep.
However, eating human beings might be a different matter altogether (although, let us be honest here, we’ve got too many people around and a Solyent Green producing cull wouldn’t go amiss).
Interestingly, some non-human meals showed bizarre ingenuity. One burger was found to contain absolutely no meat, but rather, a patty made entirely out of cow’s blood.
A show spokesman said:

“Just when we thought things couldn’t get any worse, the results came in for an Indian lamb curry. It did contain meat – but it was not lamb, not pork, nor was it chicken or beef. Not horse, and not goat either. At this moment, the lab is unable to identify exactly which animal this meat came from.”

Wasp curry anyone?
Over 5Million Reads Adam Gonzalez at March 31, 2013