How Will the NO Cash Bail Concept Work in New York? Would It Work on Your Locality?

How will the no cash bail concept work in New York? 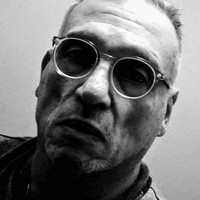 Adam Gonzalez, lived in New York City
Answered Wed
Hi Ron.
Beginning today, the new laws prohibit judges from imposing cash bail on defendants accused of misdemeanor offenses and nonviolent felonies. Judges in New York City released about 105,000 people without bail ahead of their criminal hearings in 2018, according to the report.
The prosecutors will have pretrial reports in which it will try to guess which defendants will come back to court. This is not for high “crimes and misdemeanors” :)
Instead is for lesser crimes in which it makes no sense to send someone to the worse Penn in the state and one of the worse in the country. There they mix everyone together and if you are a lawbreaker with money from the drugs or prostitutes whose services you sold, you are set free until trial with a cash bond. On the other hand, if you had DWI or accused of being in the park after hours or getting smart with a dumb cop and don’t have a house for bond because you are poor. Jail until a trial which could be months ahead.
So to conclude, it will be for those who qualify. Taking the cash out of the defendants will have a bond (for the property they own) to put down or ROR (Release Own Recognizance). Usually, ROR will be for those who have roots in the community as a job or have witnesses standing by them. Also if they don’t have a record it makes no sense to put them in jail. Imagine even if they are found innocent they already paid a jail sentence in one of the worse jails. In reality, it does not pay for a defendant accused of a small crime to not show up for court. They are going to have a warrant for their arrest issued out until one day they stop somewhere and then it will be jail for sure and more than what they would have gotten.
Happy New Year to Ron and all reading this answer :)
118 views ·
View Upvoters
·
View Sharers
· Answer requested by Ron Hardesty
Over 5Million Reads Adam Gonzalez at January 04, 2020