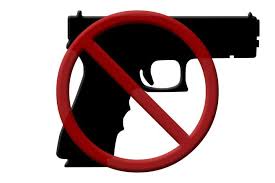 Three students at a central California high school were injured Tuesday when a teacher fired a gun inside of a classroom during a firearms safety course, according to police and local reports.
Dennis Alexander discharged a semiautomatic handgun as it was pointed at the ceiling, Seaside Police Chief Abdul Pridgen said.
Three teens attending Seaside High School in Monterey County were hurt by debris falling from the ceiling, Pridgen added.
One of the parents of an injured 17-year-old told NBC affiliate KSBW that the teacher had told the class that he was going to use the gun for a demonstration about how to disarm someone and was checking if the weapon was loaded.
"It's the craziest thing," said parent Fermin Gonzales, who told KSBW that he only learned of his son's injury when the boy came home. "It could have been very bad."
A picture obtained by KSBW showed the student with small red bruising to his neck, which Gonzales said appeared to be caused by a bullet fragment. 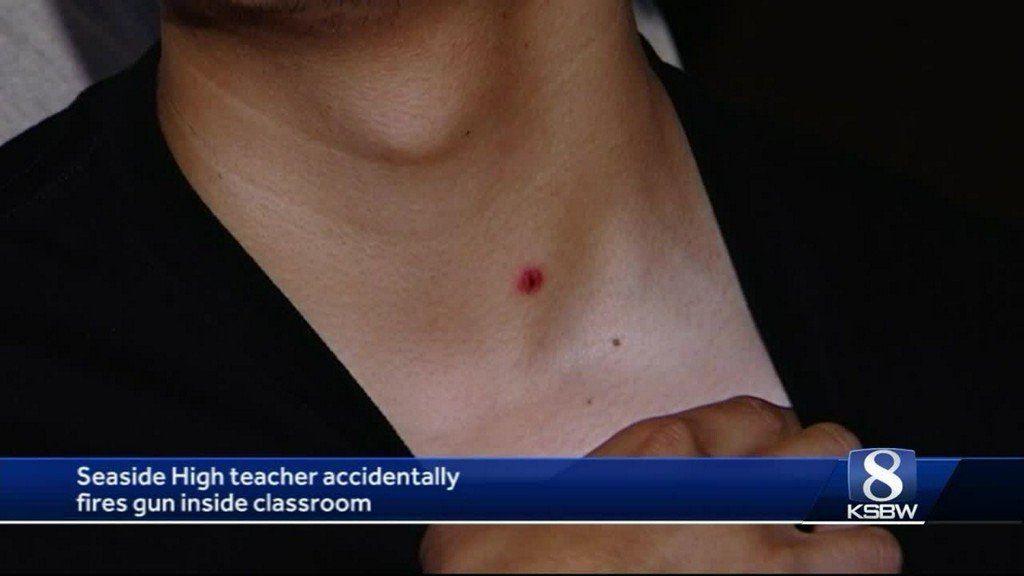 The incident happened during Alexander's administration of justice course, said the Monterey Peninsula Unified School District. Alexander also teaches math, and is a reserve police officer for the Sand City Police Department and a Seaside councilman, KSBW reported.
The school district said safety of students is the "top priority," and the teacher has been placed on administrative leave during an investigation. The Sand City Police Department said it also placed him on administrative leave.
Alexander could not immediately be reached for comment Wednesday.
Related: Teachers struggle with new 'default mindset' after Florida shooting
In 2015, California banned the concealed carry of guns at colleges and schools, although gun owners can ask for written permission from authorized school officials.
Pridgen said police are determining whether Alexander may have violated a city ordinance or penal code by bringing a gun onto campus.
School district officials told the Monterey County Weekly that Alexander was not authorized to carry a firearm on school grounds.
Betsy DeVos on school safety plan: 'Everything is on the table'5:28
Arming teachers has been in the national spotlight after the shooting massacre of 17 people at a high school in Parkland, Florida, last month.
While Democratic lawmakers have called for stricter gun control, President Donald Trump and Education Secretary Betsy DeVos have signaled allowing certain school personnel to have guns. The White House on Sunday said it will propose funding firearms training and bolster background checks.
Students in Parkland and across the country were planning Wednesday morning to walk out of classes to honor the shooting victims and demand gun reform laws.