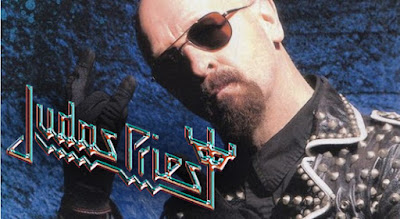 He also said that he had always hoped things would have gotten far better than they have over the years. But he recalled the warmth he received from the hard-rock community when he came out as gay in 1998, after having become convinced he was going to suffer a “fallout” effect.

“I just get so frustrated and angry that here we are in 2017,” Halford told Fox Sports 910 via Blabbermouth. “Because of that society I grew up in, and to a still great extent today, we have this tremendous push back in equality. I always kind of felt as I was going through my teen years, my twenties and my thirties, things would be better – but they’re not. There’s still a long way to go in America and in my home country. And in some parts of the world, people like me get thrown off buildings. People like me get hung, just because of who we are.”

He compared LGBT struggles to those experienced by “people of color” and “people that have tremendous difficulties with accepting religions,” and added, “It’s a crazy world. You’d think that by now we’d have just figured things out – live and let live, love each other and just accept each other for who we are. Life is short.”

Recalling the moment he came out during an MTV interview, Halford noted, “The thing about gay people is that, until we come out of the closet, we’re always protecting other people – ‘I can’t do this because it’s gonna hurt so-and-so.’ We’re trying to live the lives of other people, and that’s the worst thing you can do. You’ve gotta learn to love yourself, then you can go out in the world and try and figure everything else out. So I said that thing, and I went back to the hotel and I thought, ‘What have I done? There’s going to be a fallout.’

“I’d never seen such an outpouring of love in all my life from everybody in the metal community,” he recalled. “‘Rob, we don’t care. We want you to be who you are.’ That was a tremendously uplifting moment for me. This just goes to show you that we in the metal community – probably because of the push back we felt because of the music we love – we are the most tolerant, the most open-minded, the most loving, the most accepting of all the kinds of music in rock’n’roll. So it was a great moment.”

Judas Priest is completing work on the follow-up to their 2014 album Redeemer of Souls. Halford will receive the inaugural Lemmy Lifetime Achievement Awards at the first annual Loudwire Awards on Oct. 24 in Los Angeles.

Rob Halford on LGBT Rights: ‘I Always Thought Things Would Be Better’
| http://ultimateclassicrock.com/rob-halford-lgbt-rights/?trackback=tsmclip
Over 5.6 Million Reads Adam Gonzalez at August 29, 2017