Michael C.Hall and 6 other Stars that Hit Bottom Before they Turn 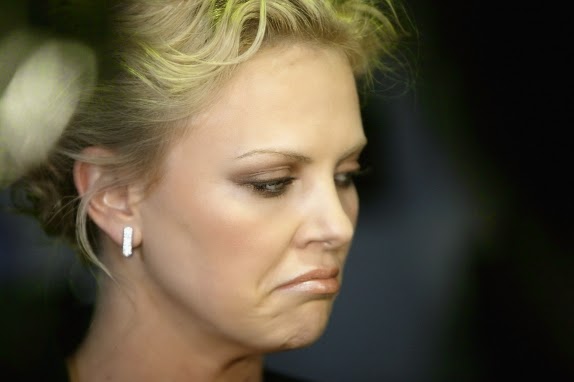 Charlize Theron
Black Cloud: It was a succession of beyond-bad-luck stories for the stunning young South African. When Charlize was a 15-year-old farm girl, she watched her mother kill her abusive dad in self-defense. She moved to Manhattan to pursue a career in dance, but her knees blew out, pronto—and with them, her future as a ballerina. At 19, the neophyte actress was living in an L.A. dive, subsisting on stale rolls ripped off from restaurants. Final indignity: after begging mom for cash to stave off starvation, a Hollywood bank refused to cash her way-out-of-town $500 check. “You don’t understand—please,” she unsuccessfully begged the teller. So she freaked—a screaming, flailing temper tantrum in front of the lunchtime crowd. It was her biggest and most rapt audience to date.
Silver Lining: Little did she know, it was also her first successful audition. Talent manager John Crosby, waiting to use an ATM, was captivated by the gorgeous, if high-strung, young woman. “If you’re interested, I’ll represent you,” he told her. As Theron later explained to Oprah, “If I hadn't been in the bank that day, I honestly don't think I'd be here right now.” A few months of acting classes later, she landed her first screen role. Ok, it was in Children of the Corn III, but still.

Liam Neeson returns to his West Side home after his wife Natasha Richardson was pronounced dead at Lenox Hill Hospital.

Liam Neeson
Black Cloud: At an age when most lead actors are edging into supporting gigs, the Irish thesp seemed to be pulling off something truly unique in 2009: a late-career transformation into an action star. His down-and-dirty revenge flick Taken shocked pundits by earning a quarter of a billion dollars; Neeson was finally muscling onto the box office A-list. Then, tragedy: his wife Natasha Richardson died of a freak head injury skiing the beginner’s slope at a Canadian resort.   Paparazzi photos from the time show the face of a broken man.
Silver Lining: “Her death was never real [to me]. It still kind of isn't," Neeson told 60 Minutes earlier this year. But he survived—and thrived—by throwing his full energies into his career and raising his two young sons. Now Neeson is at the peak of his bankability. “I’m 61 years of age, man,” he says. “Going around fighting all these guys...I feel a bit embarrassed.” Taken 2, Unknownand Non-stop were worldwide hits, earning Neeson a $20 million payday forTaken 3. And many believe the kick-ass authority he brings to roles displays more than just the gifts of a skilled actor—it’s the work of a man who has known devastating sorrow and channeled it into performances of ferocity and passion. 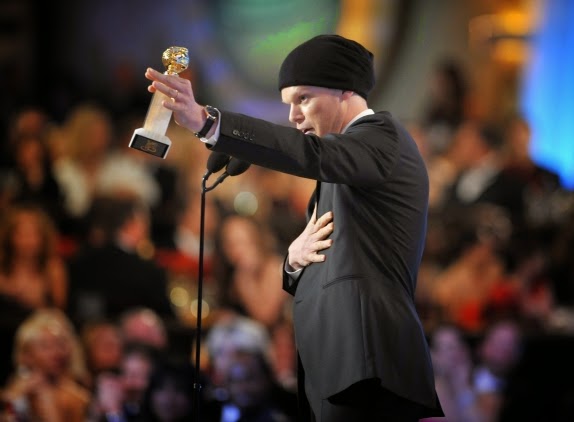 Michael C. Hall
Black Cloud: It was a turn of events as disturbing as Dexter itself. In 2010, while Michael C. Hall, lovable serial-killer lead of Showtime’s pitch-black hit, was in the midst of filming season four, he was diagnosed with Hodgkin’s Lymphoma. The news had an eerie resonance for the actor, then 38: his own father had died of prostate cancer at age 39.
Silver Lining: Hall kept his diagnosis a secret from his coworkers, and started an aggressive months-long regimen of radiation and chemotherapy the day after shooting wrapped. The treatment sent his cancer into full remission, and he not only was able to start season 5 of Dexter on schedule—and keep the large cast and crew gainfully employed. Hall says he“probably would have kept it quiet had the awards shows not come up, and I felt obliged to explain my lack of eyebrows.”What’s next for the guy whose two big-time roles—a good-hearted killing machine and repressed mortician (on Six Feet Under)—were all about corpses? “I can’t seem to get away from dead bodies,” Hall admitted recently. “Even if it’s my own.”

Giuseppe Verdi conducting the Opera of Paris orchestra, at the first representation of Aida, in Paris in 1880.

Giuseppe Verdi
Black Cloud: The great Italian composer fell into an abyss in 1840, at 27. His second opera had been a resounding flop, closing on opening night. Far worse: over the past two years, his beloved wife and both infant children had died, victims of cholera. Despondent, Verdi because a recluse, reading trashy Victorian novels and writing not a note. He planned to give up composing altogether. When a producer sent him the text for a proposed new Biblical opera, Nabucco, he threw it on the table in disgust.
Silver Lining: Call it divine inspiration or good fortune. But as the composer later recalled, “The roll of paper opened out; and without knowing quite how, I found myself staring at the page in front of me and my eyes fell on this line: ‘Va pensiero sull’ali dorati.’” (Translated: “Fly, thought, on the golden wings.”) The words—the opening of a chorus of exiled Hebrew slaves—gave Verdi a jolt: he saw the number as a metaphor for his nation’s patriots, struggling to free themselves from Austrian rule. He started writing obsessively. Nabuccoproved to be a smash, and Verdi went on to become Italy’s most celebrated composer, writing works like Aida and Rigoletto. “Va, pensiero,” meanwhile, is a melody everybody in Italy knows by heart; in 2008, an Italian senator proposed making it the national anthem.

Walt Disney
Black Cloud: Early on in his career, Disney proved to be a sputtering, crashing business dud. In 1923, at age 20, Disney started the Laugh-o-Grams company—an animation studio supplying shorts to Kansas City movie theaters. Always the visionary, he embarked on groundbreaking and vastly expensive projects like a combo live action and cartoon flick called Alice’s Wonderland. (Spoiler: It was no wonderland.) Big Walt lacked the financial acumen to back up his high-octane creativity.  He soon found himself virtually homeless, sleeping in his office (where he befriended a tame mouse) and taking showers at the train station. Just a year after opening his doors, he was forced to declare bankruptcy.
Silver Lining: Obviously, Disney didn’t let the setback knock him down. He spent his last dollars on a bus ticket, headed out to Hollywood and started the company that bears his name. Oh, and he created a slightly obnoxious little cartoon character named Mickey, based on that office mouse. He always claimed that his Laugh-o-Grams experience, painful as it was, laid the groundwork for his later success, and helped him avoid catastrophic mistakes. We’re still not sure who to blame for Epcot Center.

Tim Allen
Black Cloud: “Bottom” doesn’t get much lower than a cell in a state penitentiary. But that’s where Tim Allen found himself in the early ‘90s when, after a hard-partying youth, he was arrested at the Kalamazoo airport with over 650 grams of cocaine. Allen later admitted he had all the makings of a “really good” drug dealer. But clearly it was time to find a new profession.
Silver Lining: Trying to survive his stint in the big house better then most of the cast members of Oz (binge watch it on Netflix!), Allen played to his strengths. When approached for “dates” he’d make the local neo-Nazis laugh. He put on comedy shows for other inmates, and even made the orneriest prison guards chuckle by using a picture of Nixon as a target in his cell toilet. Observing his fellow prisoners, he developed his signature “tool guy” persona. After he emerged from his 28-month term, a friend dared him to stand up on an open mic night at a Detroit-area comedy club. Allen was an instant hit, and went on to star in the hit Home Improvement, and beguile kiddies as the voice of Buzz Lightyear. “Sometimes you have to hit bottom,” Allen later told a reporter, “to know where to go.”

Jon Hamm
Black Cloud: True, getting shot down on a TV dating show isn’t a tragedy to match illness, death or prison time. But for a young waiter/actor hoping to strut his leading-man stuff, it hurt. Hamm was in his mid-twenties in 1995 when he was a contestant on The Big Date, a c-level Love Connection rip-off. With his floppy hair and surfer dude clothes, the future Mad Men star he didn’t impress bachelorette Mary, despite promising “fabulous food, a little fabulous conversation, ending with a fabulous foot massage for an evening of total fabulosity." Instead she picked Mark, a creepy self-proclaimed “stunt man” who promised he would “take her home later and show her my flexibility.”
Silver Lining: After watching the show with clenched teeth, Hamm cut his hair, got a nice suit and some attitude and eventually became the People“Sexiest Man Alive” (circa 2008) we know and love today. When Mary found out who she burned years later, she told reporters “I don’t really know who he is and have never seen the show. I have found love since and I wouldn’t trade him for a thousand Jon Hamms.”
By Josh Scheinert
lifereimagined.aarp.org