More Than Half Young People HIV and Wont Get Tested 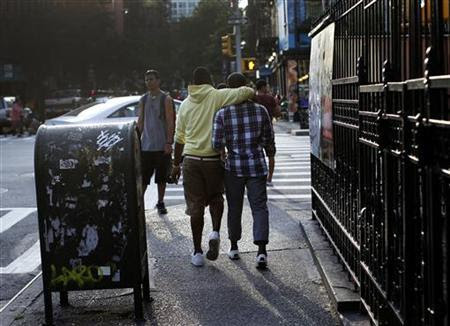 (Reuters) - More than half of young people in the United States who are infected with HIV are not aware of it, according to a report by government health officials that zeroes in on one of the remaining hot spots of HIV infection in America.
Young people ages 13 to 24 account for 26 percent of all new HIV infections, according to the report by the U.S. Centers for Disease Control and Prevention, which was released on Tuesday in advance of World AIDS Day on December 1.
"Given everything we know about HIV and how to prevent it in 30 years of fighting the disease, it's just unacceptable that young people are becoming infected at such high rates," CDC Director Dr. Thomas Frieden said on a conference call with reporters.
Every month, 1,000 young people in America become infected with HIV, an incurable infection that costs $400,000 to treat over a lifetime, Frieden said. If left untreated, HIV infection leads to AIDS and early death.
"The data are stark and worrying," Dr. Kevin Fenton, director of the National Center for HIV/AIDS, Viral Hepatitis, STD and TB Prevention at the CDC, said in a telephone interview.
In 2010, 72 percent of the estimated 12,000 new HIV infections in young people occurred in young men who have sex with men, and nearly half of new infections were among young, black males.
"We are particularly concerned about what is happening with HIV among young black gay and bisexual men," Fenton said. "They account for 39 percent of all new infections among youth and more than half of new infections among young men who have sex with men."
Fenton said the proportion of young people infected with HIV has remained relatively stable during the last few years, but infection rates appear to be increasing in these populations.
And because many of the newly infected gay or bisexual males are just beginning to explore their sexuality, stigma and homophobia are making HIV testing and treatment far more challenging.
Although the CDC and the American Academy of Pediatrics recommend routine screening for HIV starting in the early teens, "too few young people are getting tested," Frieden said.
Only 13 percent of all high school students and only 22 percent of sexually active high school students have ever been tested for HIV, the CDC found.
The figures for young adults aged 18 to 24 are not much better, with only 35 percent of people in this age group reporting ever having been tested for HIV.
Frieden said one reason for the higher rates of infection among young gay and bisexual men of all races was a higher rate of risky behaviors compared with their heterosexual peers.
According to the report, a large analysis of risk behaviors among high school students revealed that gay and bisexual males are much more likely to have multiple sex partners, to inject illegal drugs and to use alcohol or drugs before sex. They are much less likely to use condoms.
And because so few get tested, HIV-infected people under age 25 are significantly less likely than those who are older to get and stay in care, and to have their virus controlled at a level that helps them stay healthy and reduce their risk of transmitting HIV to partners.
The CDC also found that many young men who have sex with men are less likely than others to have been taught about HIV or AIDS in school.
"We have to correct a lot of myths and misconceptions," Frieden said. "It is astonishing the level of ignorance about basic physiology that may high school and middle school students have."
To address some of the issues, the CDC is funding a program that targets both at-risk youths and the homophobia and stigma in the community that drives them underground.
In September, Georgia, a state where new HIV infections among those 13 to 24 years old exceed the national average - accounting for as many as one-third of all new HIV infections - won a grant as part of a pilot project to find better ways of targeting these at-risk youth.
"We think that it's really critical that the discussions we have about HIV prevention and access to HIV become fully integrated into the social fabric of the youth culture," Dr. Melanie Thompson, of the Georgia Department of Public Health, said in a telephone interview.
Care and Prevention in the United States, known as CAPUS, is a three-year program led by the CDC and other government agencies aimed at reducing HIV and AIDS among racial and ethnic minorities in the United States. It focuses on addressing social, economic, clinical and structural factors influencing HIV health outcomes.
"It is a huge challenge," said Thompson, "but I think if we do this from the point of view of trying to end an epidemic that is decimating our young people, and do it in a way that is science-based, I think we can make progress."
(Reporting by Julie Steenhuysen; Editing by Maureen Bavdek, Leslie Adler and Vicki Allen)
Over 5Million Reads Adam Gonzalez at November 28, 2012

Email ThisBlogThis!Share to TwitterShare to FacebookShare to Pinterest
Labels: HIV