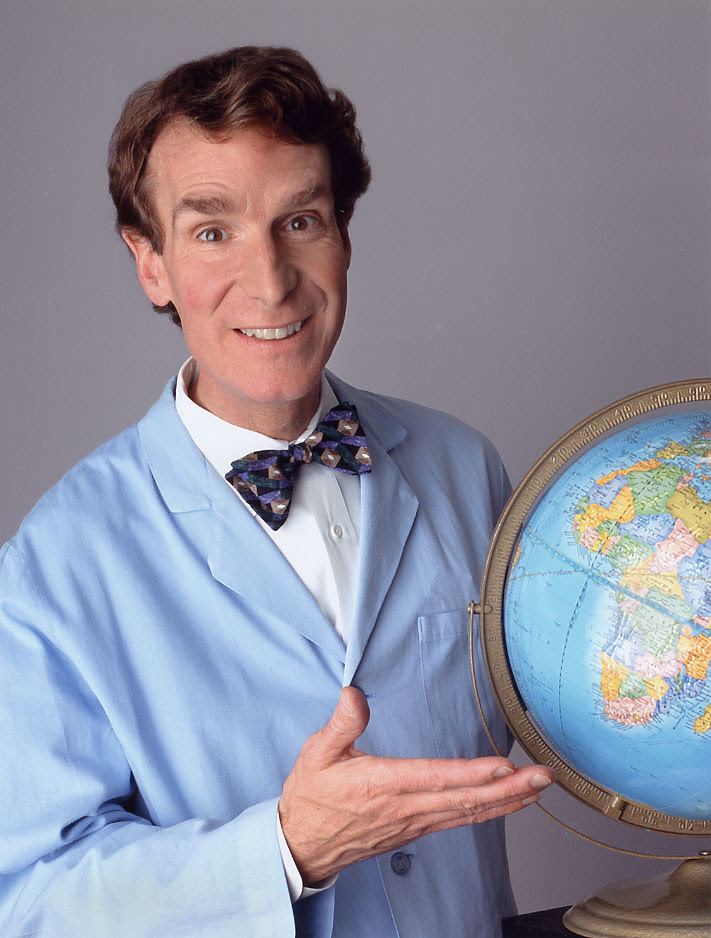 The man known to a generation of Americans as “The Science Guy” is condemning efforts by some Christian groups to cast doubts on evolution and lawmakers who want to bring the Bible into science classrooms.
Bill Nye, a mechanical engineer and star of the popular 1990s TV show “Bill Nye The Science Guy,” has waded into the evolution debate with an online video that urges parents not to pass their religious-based doubts about evolution on to their children.


Nye has spent a career teaching science to children and teens with good-natured and sometimes silly humor, but has not been known to delve into topics as divisive as evolution.
Christians who view the stories of the Old Testament as historical fact have come to be known as creationists, and many argue that the world was created by God just a few thousand years ago.

“The Earth is not 6,000 or 10,000 years old,” Nye said in an interview with The Associated Press, citing scientists’ estimates that it is about 4.5 billion years old. “It’s not. And if that conflicts with your beliefs, I strongly feel you should question your beliefs.”
Millions of Americans do hold those beliefs, according to a June Gallup poll that found 46 percent of Americans believe God created humans in their present form about 10,000 years ago.
Nye, 56, also decried efforts in recent years by lawmakers and school boards in some states to present Bible stories as an alternative to evolution in public schools. Tennessee passed a law earlier this year that protects teachers who let students criticize evolution and other scientific theories. That echoes a Louisiana law passed in 2008 that allows teachers to introduce supplemental teaching materials in science classes.
“If we raise a generation of students who don’t believe in the process of science, who think everything that we’ve come to know about nature and the universe can be dismissed by a few sentences translated into English from some ancient text, you’re not going to continue to innovate,” Nye said in a wide-ranging telephone interview.
The brief online video was not Nye’s first foray into the combustible debate, but “it’s the first time it’s gotten to be such a big deal.”
“I can see where one gets so caught up in this (debate) that you say something that will galvanize people in a bad way, that will make them hate you forever,” he said. “But I emphasize that I’m not questioning someone’s religion — much of that is how you were brought up.”
In the video he tells adults they can dismiss evolution, “but don’t make your kids do it. Because we need them.” Posted by Big Think, an online knowledge forum, the clip went viral and has 4.6 million views on YouTube. It has garnered 182,000 comments from critics and supporters.
It drew the ire of the creationism group Answers in Genesis, which built a biblically based Creation Museum in Kentucky that teaches the stories of the Old Testament and has attracted headlines for its assertion that dinosaurs roamed alongside Adam and Eve.
The group produced a response video featuring two scientists who say the Bible has the true account of Earth’s origins, and that “children should be exposed to both ideas concerning our past.”
Nye, who is prone to inject dry humor into scientific discussions, said Earth is about 4.5 billion years old.
“What I find troubling, when you listen to these people ... once in a while I get the impression that they’re not kidding,” Nye said.
Ken Ham, a co-founder of Answers in Genesis, said dating methods used by scientists to measure the age of the earth are contradictory and many don’t point to millions or billions of years of time.
“We say the only dating method that is absolute is the Word of God,” Ham said. “Time is the crucial factor for Bill Nye. Without the time of millions of years, you can’t postulate evolution change.”
America is home to the world’s biggest creationist following, Ham said, and the $27 million Creation Museum has averaged about 330,000 visitors a year since it opened just south of Cincinnati in 2007.