There is nothing to fear.....We are just humans and behaving like humans do. Not every person can be alike or behave alike that is why nations have separated their governments which belongs to everyone, from religious organizations which belong to their members, dogma and views based on religion and not civil law.  We cannot live together as humans if we don't respect the civil, human and religions rights of everyone, there is only chaos and war if we don't. Deaths and insecurity by all because any people that is constantly oppressed will fight for their day of freedom. Nobody should know this better than the Bahamas and the islands that were occupied by colonies which imported them from Africa to work for them as slaves. At the time they found the Bible as an excuse to do injustice ( ..."and you slaves obey your masters" JC-The bible).
Adam Gonzalez 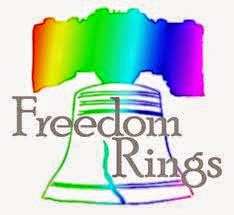 A same-sex couple who recently married on the island have expressed their joy, thanking Bermuda for giving them a positive experience.

In a social media post, Bryce Whayman and Roland Maertens wrote that they were warmly welcomed, despite the often heated debate about marriage equality on the island.

Mr Whayman wrote: “Roland and I had an amazing time in Bermuda, we felt the love from everyone, complete strangers were approaching us in the grocery stores, restaurants, shops, and tourist attractions offering their congratulations. “It was amazing to see and feel! We were presented with gifts (blows my mind!) from anonymous shopkeepers and I recall each and every one of these special moments and the people.

“My father was amazed too, he was pulled aside by restaurateurs who wanted to tell him how good this is for business and Bermuda as a whole. Humanity coming together giving support. Beautiful!”

Based on their experience, he wrote that it appeared that those speaking out against same-sex marriage appeared to be the vocal minority.

“Bermuda can really turn it on when it needs to but in our case, it was more heartfelt and genuine,” he wrote. “The politicians need to drop the marriage equality showdown and focus on building Bermuda. It’s in dire need of some love right now.”

Kevin Dallas, the CEO of the BTA, commented on the post, writing: “That’s great to hear! It speaks to Bermuda’s legendary spirit of hospitality — we welcome all visitors — and to some of our service providers’ desire to serve a lucrative market segment.”

Email ThisBlogThis!Share to TwitterShare to FacebookShare to Pinterest
Labels: Homophobia in the Caribbean, Religion/homophobia