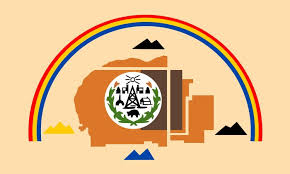 Three years — almost to the day — after a U.S. federal court legalized marriage for same-sex couples in Arizona, the Ak-Chin Indian Community has begun recognizing those marriages.

Following a two-year legal battle believed to be the first of its kind in the nation, a tribal court has ruled that same-sex couples have a fundamental right to marry under the constitution of the Ak-Chin community and the Indian Civil Rights Act of 1968.

The ruling only applies to the tribe but could provide a legal path for members of other tribes to pursue similar cases.

"This decision made it clear that the tribal law was unconstitutional under tribal law" and not just U.S. federal law, said attorney Sonia Martinez, who represented the same-sex couple in the lawsuit.

"I have no idea if other tribes are going to do the same thing, but I think it at least opens the door."

Robert Miguel, chairman of the Ak-Chin Indian Community, said in a statement that they would not appeal the ruling.

“Today marks the conclusion of a lengthy but necessary legal exercise — one that respects the rights of tribal members and honors the sacred sovereignty and self-governance of the Ak-Chin Indian Community," Miguel said.

Cleo Pablo, who grew up on the Ak-Chin Reservation south of the Valley, filed the lawsuit.

She and her longtime partner, Tara Roy-Pablo, married shortly after the U.S. Supreme Court extended the right to marry to same-sex couples nationwide. While their marriage was recognized in Arizona, the certificate was meaningless the minute they stepped onto the reservation.

Pablo said she never set out to be an activist, but just to get the same rights as any other married couple.

"You're taught growing up that you have to stand up for what's right," she said. "I actually did it."

As sovereign nations, the 567 Indian tribes within the United States' borders are typically not obligated to honor the rulings of American courts — although there are some established exceptions, such as the 13th Amendment prohibiting slavery.

However, the vast majority of tribes — including most in Arizona — have not adopted the high court's ruling on marriage.

Some of Arizona's tribes, including the Navajo Nation, passed laws before the ruling that define marriage as a union between a man and a woman. Others, including the Gila River Indian Community, passed such laws after the federal court rulings.
The Ak-Chin tribe's position affected everything from health care to housing for Pablo and her family.

Following their marriage, Pablo moved off the reservation. She said in a 2015 interview with The Arizona Republic that under the tribal law she and Roy-Pablo would be illegally cohabitating if they were to stay in tribal housing. She said it is illegal under tribal law for unrelated, unmarried adults to live together. Since their marriage wasn't recognized, they were considered unrelated.

As a probation officer for the tribal courts, Pablo at the time said it was important to her to follow the law, even if she didn't agree with it.

Living off the reservation has meant she couldn't run for tribal council and lost a tax exemption on her tribal salary. She and her son were separated from their large extended family and have had to travel farther to access tribal health care.

Pablo said her employer, the tribe, also refused to allow her to add her wife and her wife's two children to Pablo's insurance.

Following the ruling, the tribe has already added Roy-Pablo to Pablo's insurance, and Pablo and her wife can live together on the reservation if they choose to.

The tribe is now in the process of reworking its laws and policies on marriage to comply with the ruling, Miguel said.

Pablo said her original intent was to fight for herself and her family, and during the 2015 interview said she was "not trying to be a person of change."

Wednesday, she said she hadn't thought until recently about what the ruling would mean beyond her own family. She said she's proud of what she's accomplished.

"Putting myself out there, as hard as it was, can now make it easier for other same-sex couples to fight their own tribal laws," she said. "They are just as equal and as deserving of the same rights as any other married couple anywhere."

In court, Martinez argued the Ak-Chin tribal court was bound by U.S. Supreme Court rulings on the marriage of same-sex couples because the tribal constitution appears to incorporate federal constitutional rights into tribal law.

Tribal attorneys argued the U.S. Constitution and U.S. Supreme Court rulings don't have to be followed because the tribes are sovereign.

"As the 2015 U.S. Supreme Court decision legalizing same-sex marriage did not apply to federally-recognized Indian tribes, it was important that our Community follow its own legal process to resolve this question," Miguel said in his statement. "I am proud this review has been undertaken in a relatively expeditious yet thorough and respectful manner."

The court's ruling is based on the opinion of Special Master Robert Clinton, an expert in tribal law who acted as a sort of mediator and investigator in the case and who rejected both arguments, saying that while the tribe is not "bound" by the U.S. Supreme Court rulings on marriage, the rulings do set "persuasive precedents" for establishing individual rights.

"The individual right to marry (perhaps together with certain political rights of participation) constitute the most fundamental right on which many people, indigenous or Western, is founded," Clinton wrote in his analysis.

Clinton said he could see some narrow circumstances where a tribe may have a reason to regulate marriages — such as a very small tribe with dwindling membership seeking to encourage children or a tribe whose origin story expressly prohibited same-sex relationships, or if marriage automatically conferred tribal membership on a spouse.

But none of those apply in this case — or in most tribes, he said.

Couples have not filed a flood of lawsuits against tribal laws like those activists deployed in every state before the U.S. Supreme Court weighed in on the marriage issue.

"Indian law was developed focusing on the government — what are the government's rights," Martinez said. "What people forgot in the development of the sovereign-immunity doctrine was the tribal members themselves."

Under sovereign immunity, a tribe must essentially allow itself to be sued.

It had no obligation to do so, but that's what the Ak-Chin tribe did in this case — much to Martinez's and Pablo's surprise.

"The tribe could have easily gotten this case dismissed with a motion based on sovereign immunity, and there's nothing we could have done," Martinez said. "They let us sue them."

She said in exchange, Pablo agreed to not seek any monetary damages in the case.

"I have professors, attorney generals, council members across the nation who have been waiting for this ruling," she said. "This report has all the legal analysis necessary to give other tribes guidance in order to figure out how this issue really works in Indian country."