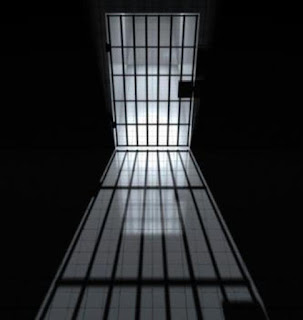 Two Hungarians will spend 30 years in prison each for forcing young gay men into sexual slavery in Miami, a judge ruled on Friday.

Gabor Acs and Viktor Berki received their sentences after earlier being convicted of human trafficking, conspiracy and racketeering.

Gabor Acs, left, in Miami-Dade court on trial in January , was sentenced to prison for human trafficking. He kept three gay Hungarian men enslaved as prostitutes in a North Miami-Dade home.

Gabor Acs, left, in Miami-Dade court on trial in January , was sentenced to prison for human trafficking. He kept three gay Hungarian men enslaved as prostitutes in a North Miami-Dade home.
Friday’s sentencing concludes a case that was hailed as a first for Florida prosecutors because the victims were gay men forced into prostitution after being lured from Hungary to the United States.

It was the second trial for the victims who testified. The Miami-Dade State Attorney’s Human Trafficking Unit earlier won a conviction against a third man involved in the ring, Andras Janos Vass, who was sentenced to just over 11 years in prison.

Prosecutors said that Berki and Acs met two of the victims in Hungary through a website called GayRomeo.com. Another victim was “living with gypsies” as a prostitute, meeting Acs through Facebook. The three men testified that in 2012, they were flown to New York City to work in what they believed was a legal business in the United States.

In New York and later Miami, the men, then in their early 20s, were forced to live in cramped conditions while performing sex acts around the clock, sometimes with johns, other times on live web cameras, prosecutors said. The three were given little food and threatened with violence if they left , the state told jurors.

At trial, defense lawyers portrayed the victims as willing prostitutes who cooperated against Berki and Acs simply to get visas to remain in the United States.