What Impact a Trump Carefree of Culture Will Have for the Arts? 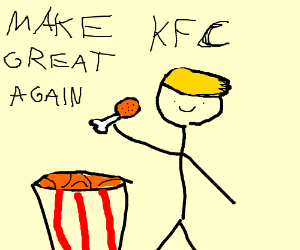 A week into Trump’s presidency, arts and music policy advocates are still largely at a loss for what to expect from his administration.

“The general feeling is that we are moving into unknown territory,” says Robert Lynch, president and CEO of Americans for the Arts, an organization that coordinates with local and statewide agencies to increase accessibility to the arts, during an interview in late November. “It’s changing before our eyes, so we don’t really know. We are in a mode of either assessing opportunity or assessing danger.”
In a recent statement, Lynch referred to last week’s report that Trump’s administration is considering proposing legislation that eliminates the National Endowment for the Arts (NEA) and the National Endowment for the Humanities “disturbing but not unexpected”.


Part of the difficulty of predicting Trump’s political relationship to the arts is the president’s general disinterest in the arts himself. Despite his deep ties to the entertainment and television industry through franchises like The Apprentice and Miss Universe, he has exhibited little interest in cultural events over the years apart from occasionally attending musicals on Broadway.
“Trump doesn’t care much about culture,” says Marla Stone, a professor at Occidental College who has studied the role of arts and culture in 20th century European authoritarian regimes. “Culture is interesting to Trump to the extent that it reflects his status as a rich man: the Louis XIV furniture, the gold door, the gilded house. In his mind, his garish architectural style represents money and power and palaces and masculinity, which are all elements of authoritarian culture.”
Despite Donald Trump’s repeated chastising of assorted cultural institutions and figures over the past few months, from the cast of Hamilton, to Saturday Night Live, to Meryl Streep, arts and cultural policy advocates remain hopeful that when it comes to actual policy, they may be able to find common ground with the president on issues like the economy and trade.
“What we’re hearing right now from the upcoming administration is infrastructure and job creation, and the arts are a very big part of that,” says Lynch, who notes that arts and cultural production contribute roughly $700bn – or 4% of the GDP – to the nation’s economy annually. “We need to make sure that the people who are filling those jobs in the federal government know that.”
While promoters of the arts all stress the importance of state and local politics in arts funding and policy, they also acknowledge the role – symbolic, political, and financial – that the federal government plays in framing the context and support for the arts in the US through institutions like the NEA, founded in 1965 during Lyndon B Johnson’s administration. In the past 50 years, the NEA’s funding, set by Congress, has seen positive and negative fluctuations under both Democratic and Republican presidents.


But with both the House and Senate to be controlled by Republicans next year, the larger community of arts professionals shares a widespread sense of fear and pessimism about the next four years. During a November webinar hosted by Americans for the Arts, webinar attendees were polled at one point on whether or not they “feel optimistic about a Trump presidency and its impact on the arts”. Of the 79 attendees who responded to the question, three felt optimistic.
“We can’t pretend like we’re simply going to go about business as usual or ignore the way this campaign cycle contributed to a shocking rise in hate crimes,” says Kevin Erickson, the national organizing director at the Future of Music Coalition, a non-partisan, DC-based organization that advocates for musician’s rights. “We will stand against any attempts to crack down on cultural dissent or inhibit freedom of creative expression. We know that artists and musicians worldwide are often among the first to be targeted when authoritarian leaders seek to consolidate their power.”
Advertisement
Indeed, the music and arts world have been erupting in organized protest and resistance over the past month, between a proposed call among art institutions to shut down in a “culture strike” on inauguration, to charity projects like Our First 100 Days, which has teamed with artists such as Bon Iver to release a song per day during the first 100 days of the new administration.
As for specific policy issues, Donald Trump’s positions on the arts have remained almost entirely opaque and unclear, having granted a single interview on the topic with the Washington Post in March of 2016. During the interview, Trump expressed general support for the arts while conceding that he would be deferring all specific arts policy issues to Congress. “Supporting and advocating for appreciation of the arts is important to an informed and aware society,” Trump said nearly a year ago. “As president I would take on that role.”
For Erickson, Lynch and other arts advocates, there are a number of policy issues that are already emerging as clear causes for concern. One issue at the top of most arts advocates’ lists is one of Trump’s proposed amendments to the tax code that would cap the amount of tax-deductible individual charitable giving to $200,000 per couple. The cap on tax deductions would likely have a dramatic negative impact on the nation’s arts industry, which, according to recent data from Americans for the Arts, receives roughly 30% of its funding from private donations from individuals, foundations and corporations.
“It’s not the only reason people give,” says Lynch, “but the tax incentive is what leverages the biggest chunk of the contributed dollars to the arts.”
Primary concerns for the Future of Music Coalition include an impending repeal of Obamacare, a program that’s proved to be a huge asset to independent, working musicians, 53% of whom were uninsured before the Affordable Care Act, according to a 2013 study. Although there are no publicly available statistics that reflect the ACA’s effect on insuring musicians, “Obamacare, because it’s specifically designed to assist self-employed, low-income individuals and their families, has allowed countless musicians to obtain coverage for the first time in their careers,” says Erickson.
Another critical issue for the Future of Music Coalition is Net Neutrality, a principle critical to the basic livelihood of independent musicians of which Trump has expressed skepticism. Ajit Pai, a critic of net neutrality, has recently been named as the FCC chairman.
“Both the healthcare and net neutrality issues are fundamentally about who gets to be a musician and whose creativity we choose to value,” says Erickson. “Whose voices do we miss out on hearing if music, increasingly, becomes the domain of the privileged and powerful?”
Others, like Mike Blakeslee, the executive director of the National Association for Music Education, remain optimistic that the upcoming administration may be friendlier to the arts, policy-wise, than what many are preparing for. In the world of music education, the crucial issue has been Trump’s selection of Betsy DeVos as the secretary of education. DeVos, he says, has “shown herself to be a supporter of the arts”, having sat on the board of the Kennedy Center and donated millions of dollars to the arts over the years through her family foundation.
Advocates like Blakeslee and Lynch see more to gain in emphasizing potential areas of cooperation rather than immediately establishing an antagonistic relationship with the upcoming administration. “I don’t know if optimism orpessimism is the right way right now. Realism is what we all need,” says Blakeslee.
“We have folks who won the election, and we need to work with them and try to support arts education and the arts in general that serve the American public, and we need to keep that as close to the top of everybody’s agendas as we can.”
Jonathan Bernstein
The Guardian
Over 5Million Reads Adam Gonzalez at January 27, 2017

Email ThisBlogThis!Share to TwitterShare to FacebookShare to Pinterest
Labels: The Arts, Trump