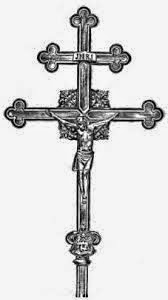 As gay marriage supporters plan rallies in Downtown Cincinnati this week, religious groups are urging those of faith to help guide through prayer the three appellate judges who will weigh the fate of same-sex marriage bans in Ohio, Kentucky and two other states.
Archbishop Dennis Schnurr is asking the 475,000 Catholics in the Archdiocese of Cincinnati to pray for Judges Jeffrey S. Sutton and Deborah L. Cook and Senior Judge Martha Craig Daughtrey. The judges comprise the appellate panel that on Wednesday will hear challenges to same-sex marriage bans in Ohio, Kentucky, Tennessee and Michigan.
In a statement emailed to hundreds of thousands of Catholics in 19 counties stretching from Cincinnati to Celina, Schnurr said that Ohio's bishops strongly supported the gay marriage ban in 2004, when more than 60 percent of voters made it law.
“Traditional marriage, the union of one man and one woman for life, is the cradle of the family, which is the basic building block of society," said Schnurr, who suggested an "appropriate prayer" would be the United States Conference of Catholic Bishops' Prayer in Defense of Marriage.
The prayer includes the line: "The love of husband and wife enriches your Church with children, fills the world with a multitude of spiritual fruitfulness and service, and is the sign of the love of your Son, Jesus Christ, for his Church."
Other faith-based groups are also calling for prayer, including Right to Life of Greater Cincinnati and Citizens for Community Values. The latter group warns that "God's design for marriage is under attack!" and urgespeople to gather to pray together at the Potter Stewart Courthouse on East Fifth Street from 12:30-2:30 p.m. Wednesday. The appellate hearing is set to begin at 1 p.m.
Lawyers representing each of the four states will argue to uphold the bans that voters years ago embraced. Each state faces slightly different challenges filed by same-sex couples, including the right to adopt children as a couple and to have their marriages, performed legally elsewhere, recognized in the states they call home.
Gay rights advocates have rallies planned Tuesday and Wednesday in Cincinnati. They're hoping the panel continues a national winning streak: Every legal challenge since the U.S. Supreme Court last June struck down part of the federal Defense of Marriage Act, which defined marriage as between a man and a woman, has chipped away at gay marriage bans nationwide.
Prayers and rallies
Religious groups opposing gay marriage are gathering outside of the Potter Stewart Courthouse in Downtown Cincinnati, 100 E. Fifth St., from 12:30-2:30 p.m. Wednesday.
Gay rights advocates have several rallies planned, including one from 5:30-7 p.m. Tuesday at Lytle Park, and another from 12:30-3 p.m. Wednesday at Fountain Square.
No live streaming
People wanting to keep tabs on the gay marriage arguments as they're made before a federal appeals panel will either have to watch in person or wait a while.
The 6th Circuit Court of Appeals has declined a request by The Enquirer to live stream audio of the proceedings. The court routinely records audio of its appellate arguments but doesn't post the recordings online until after the hearings.
Enquirer lawyer Jack Greiner, in a letter to Court Clerk Deborah Hunt, asked that the court live stream its hearings, which he said is already done in the 9th Circuit Court of Appeals that covers nine western states.
"The justice system is advanced by an informed citizenry," Greiner wrote, "and using existing technology to make oral arguments accessible to more citizens only advances that worthy goal."
Hunt replied in a letter that Wednesday's arguments will not be live streamed. A court official on Monday said the audio should be posted within 90 minutes after the hearing ends at the court's website atwww.ca6.uscourts.gov.
The courthouse will have room for 215 spectators, some of whom will be seated in two overflow courtrooms. Seating will be on a first-come, first-served basis. The courtroom will open at noon. All spectators must have a valid government-issued picture identification for entry.
Amber Hunt
cincinnati.com
Over 5Million Reads Adam Gonzalez at August 05, 2014