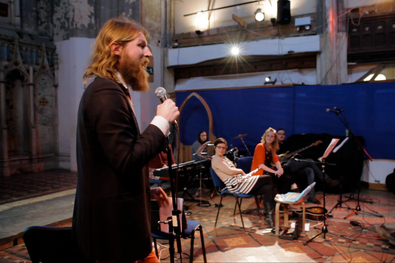 This idea came from NYTimes Debate page. I usually don’t post articles that make people feel like going to the  adamfoxie* site and inserting a post…well latter I 've been getting abusing ones but that comes  and goes with the weather.  I even know where some of them originates.  I believe in a free press but not in abuse.  So I or the system would mark it as abuse or spam and if it happens to be posted because it was missed, it will be out within the hour. I have taken all this lines to  inform on how the comments work.

In Britain, where the Church of England is a laughing stock lately, the percentage of Britons professing no faith has nearly doubled in the last decade — which might explain the rise of an atheist church.
In the U.S., Susan Jacoby recently wrote, moments of tragedy can be a reminder “of what atheism has to offer.” The philosopher Gary Gutting adds that atheists, like religious people, ought to articulate reasons for their beliefs (or lack thereof).
Please post your comments below in the (Red)comments section. You are allow not to identify yourself..   Thank You

Can atheism replace religion? Is it a religion?
Over 5.6 Million Reads Adam Gonzalez at January 25, 2013