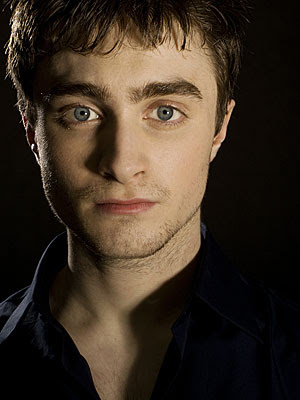 Daniel Radcliffe has voiced his frustration at the furore generated by the gay sex scenes in his new film – hinting that the industry still has a problem with portraying same-sex romances.

The 23-year-old star of the Harry Potter films said he had been “weirded out” by incessant questioning at the Sundance Film Festival about the sex scenes in Kill Your Darlings, in which he plays the gay Beat poet Allen Ginsberg.
In the film, the young Ginsberg experiments with drugs and alcohol and has oral sex performed on him in a library. Radcliffe, who is straight, is shown kissing a man in one scene and making love to a sailor in another.
The actor, who is a vocal supporter of gay rights, said he had been left bemused after walking the red carpet at the Eccles Theatre in Utah at the weekend, as the majority of the questions put to him focused on the film’s gay scenes.
Speaking afterwards, he said: “I don’t know why a gay sex scene should be any more shocking than a straight sex scene. Both of them are equally un-shocking.”
Radcliffe expressed particular surprise that some people seemed more alarmed by the gay sex scenes than his previous role in the play Equus, in which he played a character who was sexually attracted to horses.
He told MTV: “What weirded me out the most last night was people were asking me all these questions about the gay sex scenes. I was like: ‘You know I did Equus?’. Some people are asking me questions like this is a more shocking subject, which is so strange.”
Describing the experience of filming the intimate scenes, he said: “It was something new. But you know what, we shot that whole scene in maybe an hour and a half so it was incredibly fast-paced. I didn’t really have time to stop to think and worry about it.”
Radcliffe stars alongside Elizabeth Olsen and Michael C Hall in Kill Your Darlings, which is garnering positive early reviews. The film depicts the lives of other members of the Beat Generation including Jack Kerouac and William Burroughs.
Radcliffe said the film’s director, John Krokidas, had helped prepare him for the sex scenes, saying he “was very helpful in furnishing me with a lot of graphic detail of what I would be experiencing at the various stages”.
He said it had helped that Krokidas had chosen a friend of his to play the sailor. “We were able to hang out a little bit on set and get to know each other a little bit, which is important when you’re doing a scene so intimate. You have to feel like you’re both in it together,” Radcliffe said.
The actor added that a straight female friend confided to him that she had been “turned on” by the sex scenes. Radcliffe told the director, who joked: “I told you girls were going to be into it.”
He is not the first bright young actor to play Ginsberg in recent years, following in the footsteps of James Franco in the 2010 movie Howl.
That film focused on Ginsberg’s 1957 obscenity trial following the publication of the seminal poem of the same name.
Kill Your Darlings follows earlier events: a 1944 murder and how it brought together Ginsberg, Kerouac and Burroughs, three of the biggest names of the Beat Generation.
Over 5.6 Million Reads Adam Gonzalez at January 20, 2013