Cape Wind Will Harness Energy, But Are Giant Gravel Batteries The Secret To Storing It?

posted by: Beth Buczynski 15 hours ago 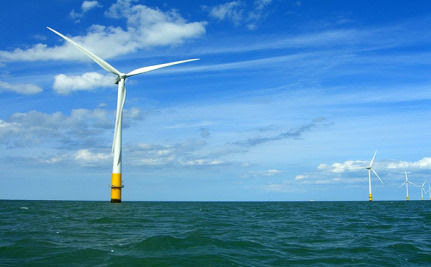 These locations all have one thing in common; they are ideal sites for generating enough electricity from strong ocean breezes to power hundreds of thousands of homes.

The subject of an almost decade-long debate, U.S. Secretary of the Interior Ken Salazar announced Wednesday that he had finally approved the construction of America's first offshore wind farm on Horseshoe Shoal in Nantucket Sound off the coast of Massachusetts.

While the fight to approve construction might be over, the challenge of proving that wind is a reliable source of residential and commercial electricity is just beginning.

A favorite criticism of alternative energy doubters is that "the sun doesn’t always shine, and the wind doesn’t always blow." Although wind farm enthusiasts like to refer to offshore wind power as 'inexhaustible', provisions must be made for times when power generation is intermittent.

Theories about power storage in the past have varied widely.

Researchers have suggested the possibility of creating a network of small, energy-dense batteries in tens of millions of homes, or filling underground caverns with compressed air that can be released gradually to generate electricity by turning a turbine.

Most recently, researchers from Cambridge University have suggested that while the power might might be blowing in the wind, the secret to storing it resides in common rocks- gravel, to be exact.

The Guardian reports that, by filling two silos with a pulverised rock, such as gravel, electricity from offshore wind farms like Cape Wind could be stored onsite for up to three years with with no maintenance and only marginal losses.

"Electricity would be used to heat and pressurise argon gas that is then fed into one of the silos. By the time the gas leaves the chamber, it has cooled to ambient temperature but the gravel itself is heated to 500C.

After leaving the silo, the argon is then fed into the second silo, where it expands back to normal atmospheric pressure. This process acts like a giant refrigerator, causing the gas (and rock) temperature inside the second chamber to drop to -160C.

The electrical energy generated originally by the wind turbines originally [sic] is stored as a temperature difference between the two rock-filled silos. To release the energy, the cycle is reversed, and as the energy passes from hot to cold it powers a generator that makes electricity" (Guardian).
Isentropic, the private technology company responsible for the silo concept, claims that the giant gravel "batteries" would be 80% more efficient than hydro-electric dams, and, because gravel is cheap, the cost of a system per kilowatt-hour of storage would be between $10 and $55.

A February report published by Charles River Associates, a leading economic consulting firm, found that when completed, Cape Wind will place downward pressure on the wholesale clearing price of electricity by reducing operations of higher priced and polluting fossil fueled units. As a result, wholesale electric prices for the New England region are expected to decrease by $4.6 billion over 25 years.

If Isentropic's future plans to build a 100kw demostrator facility are successful, we might soon see more wind farms like Cape Wind approved without a ten-year debate over cost-effectiveness.

Conversations About Life:
An Evening with Alix Dobkin and Sarah Schulman
Readings, music and a lively exchange.
LIMITED SEATING!
Advanced ticket purchase only: $12.00 - bentpagessi@gmail.com, (917) 952-2448), or come in - 391 Van Duzer Street (Thurs & Fri 5-8 PM, Saturday noon - 8 PM)
Folk-singer/activist Alix Dobkin presents a reading from her book, My Red Blood, PLUS a performance of her well-known music.
Author/playwright/activist Sarah Schulman shares her work. And the two friends share the stage in a lively conversation about LIFE.
Join these two lesbian icons for what promises to be an exciting, engaging evening rarely experienced in Staten Island!
FRIDAY, MAY 7, 2009 7:00 pm
THE CUP 388 VAN DUZER STREET, STATEN ISLAND

In Abuse Crisis, a Church Is Pitted Against Society and Itself 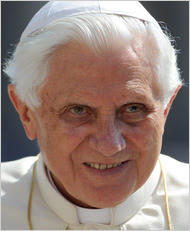 Moore/Getty
An undocumented Mexican immigrant waits to be deported from the Immigration and Customs Enforcement (ICE), center in Phoenix, Arizona, Wednesday.

Pima County Sheriff's Department
Sheriff Clarence Dupnik
PHOENIX - Pima County Sheriff Clarence Dupnick kept his mouth shut during the great Arizona debate on locking up undocumented aliens.
Come August, when his 500 deputies become responsible for busting illegals, the sheriff's actions will speak louder than any words: His men will look the other way.
"We are not immigration officials," Dupnick vowed Thursday. "We fight crime. The state put us in this position."
The controversial new Arizona law created cracks in the typically solid Blue Wall of law enforcement even before it was passed.
The law makes it a state crime to be in the U.S. illegally, and requires local and state law enforcement to ask suspected illegals about their immigration status.
The pro-bill contingent included the Phoenix police union, which helped push the new law.
Anti-bill activists included the Arizona Association of Chiefs of Police, which argued to kill the bill.
Now that it's the law, most local police are resigned to adding immigration enforcement to their traditional duties - although mavericks like Dupnick remain steadfastly opposed.
Mark Spencer, president of the Phoenix Law Enforcement Association, insisted the new law won't add much work.
Phoenix cops already give the names of suspected illegals to federal agents under a program dubbed Operation Orders.
About 3,000 have been deported with the cops' help in the last two years. And Spencer said illegals are not difficult to identify.
"If the person doesn't speak English, shows a fake Social Security card and admits to our officer he is an illegal alien, that's a reasonable suspicion to me," said Spencer, whose group represents most of Phoenix's 2,500 cops.
Those opposed to the law, he said, "are creating a protected class of criminals."
Jane Strauss, executive director of the police chiefs association, said most of law enforcement is on the same page despite their earlier differences.
"We will be enforcing the law as written," Strauss said.
Dupnick says he won't.
"Our jails would be filled in a day," said the sheriff, whose office is about 110 miles south of Phoenix. "We would need to prosecute hundreds of people a day.
"We don't have the manpower for so many arrests, and it would cost taxpayers a lot of money in prosecutions."
Arizona is home to an estimated 500,000 illegal immigrants.
Dupnick said he never joined the contentious debate over the controversial bill because he didn't expect Gov. Jan Brewer or state legislators to approve it.
"This law, it's just irresponsible," he said. "It makes them [legislators] look like racists."

AVP Events!
Stand-Up Comedy Show Benefiting AVP: Bob Smith (The Tonight Show, HBO Special)  joins "That Time of the Month" at EastVille Comedy Club
Join us on Tuesday, May 11, at 9pm for "That Time Of The Month," a popular monthly stand-up comedy show hosted by Gerard Mignone, featuring some of NYC's best gay and gay-friendly comedians.  Proceeds from the event will support AVP, so we hope to see you there!
For this special edition, the lineup includes BOB SMITH, ALI WONG, SHAWN HOLLENBACH, and GERARD MIGNONE.  The event will be at the EastVille Comedy Club at 85 East 4th Street (2nd Avenue) and tickets are $15 in advance, $20 at the door.
Click here to purchase tickets in advance for a discount!
RSVP and learn more about the event on our Facebook page
Upcoming AVP Events During Pride Month!
June 9: Will Clark Presents AVP Bingo
June 20: Folsom Street East (AVP is one of the benificiaries)
June 23: FUSION, AVP's annual Pride party
June 27: March with AVP in New York City's Pride Parade 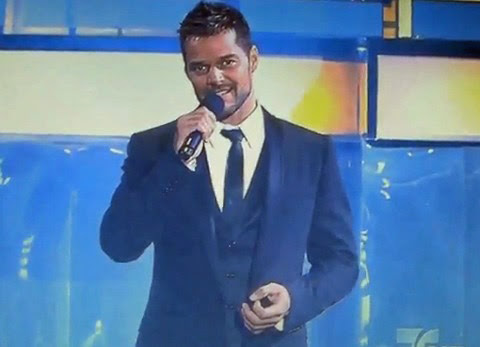 Jonah Falcon, the manwith the world’s largest penis, can’t find work. This, to me, seems like a failure of imagination. Watch for the enormous VPL.
Now you can even use your iPhone while you sleep…

Cristiano Ronaldo goes too far
Differences Between Men & Women’s Sexual Arousal
NPH and John Barrowman in an online popularity contest to be named After Elton’s “Man of the Decade.”