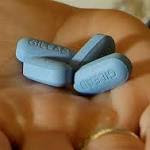 By Tim Fitzsimons
NBC News
Thirty-five percent of gay and bisexual men at high risk of HIV infection were using PrEP, or pre-exposure prophylaxis, the daily pill that prevents HIV infection, in 2017, according to data released Thursday by the Centers for Disease Control and Prevention. In 2014, just 6 percent of these men used PrEP.
However, despite the nearly 500 percent jump in PrEP use among men who have sex with men, the CDC notes “PrEP use remains too low, especially among gay and bisexual men of color.”
The study was presented Thursday in Seattle at the 2019 Conference on Retroviruses and Opportunistic Infections, a major annual HIV/AIDS conference, and was based on more than 8,000 interviews in 20 American cities.
The data showed varying use among racial and ethnic groups. More than 40 percent of white gay and bisexual men at high risk of HIV used PrEP in 2017, while only 30 percent of their Latino counterparts and 26 percent of their African-American counterparts did so. The updated data highlights the fact that minorities access PrEP at lower rates than whites, despite being at higher risk of HIV infection.
The data also found high awareness of PrEP, which is also known by its brand name, Truvada, among all gay and bi men: Eighty-six percent of African-Americans know about it, as do 87 percent of Latinos and 95 percent of whites.
“The study’s findings suggest that efforts to increase PrEP awareness and use among populations at risk is working, but it remains underutilized,” according to a press memo distributed by the CDC. The CDC notes that the federal government’s “Ending the HIV Epidemic: A Plan for America,” which aims to reduce new infections by 90 percent by 2030, will rely heavily on ramping up PrEP use. Many people struggle to access PrEP because of its high cost — roughly $2,000 per month list price — and complex insurance procedures.
“Of the estimated one million Americans at substantial risk for HIV and who could benefit from PrEP, fewer than 10 percent are actually using this medication,” the CDC noted, referring to low uptake overall among heterosexual and injection-drug-using populations that are also at high risk of HIV infection.
The CDC said it is funding government and private health organizations’ efforts to spread awareness of PrEP, and “developing new ways to connect gay and bisexual men of color and transgender people to PrEP."
Over 5.6 Million Reads Adam Gonzalez at March 09, 2019