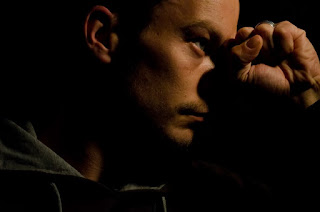 Associated Press
PHOENIX — LGBT groups sued Arizona Thursday asking a federal judge to strike down a state law prohibiting HIV and AIDS instruction that “promotes a homosexual lifestyle.”
The lawsuit, filed on behalf of Equality Arizona, alleges the 1991 law constitutes unconstitutional discrimination and restricts the educational opportunity for LGBT students. It says it enshrines in state law that LGBT students can only be discussed in a negative light and communicates to students and teachers “that there is something so undesirable, shameful, or controversial about ‘homosexuality’ that any positive portrayals of LGBTQ people or same-sex relationships must be explicitly barred.”
Arizona is one of seven states with laws prohibiting the promotion of homosexuality. The Arizona law prohibits HIV and AIDS instruction that “promotes a homosexual lifestyle,” ‘’portrays homosexuality as a positive alternative lifestyle” or “suggests that some methods of sex are safe methods of homosexual sex.”
Critics say such laws stigmatize lesbian, gay, bisexual and transgender students and create a state-sanctioned climate of discrimination.
“Arizona is stigmatizing and demeaning LGBTQ students and preventing them from getting medically-accurate information that literally could save their lives,” said Puneet Cheema, a staff attorney with Lambda Legal, a legal advocacy group for LGBT rights.
Lambda Legal filed the suit along with the National Center for Lesbian Rights in U.S. District Court in Tucson. It names Superintendent of Public Instruction Kathy Hoffman and the state Board of Education as defendants.
Hoffman, a Democrat, has previously called on lawmakers to repeal the law.
“I welcome the opportunity this lawsuit brings to educate the public and bring visibility to the issues as we continue the march toward equality,” Hoffman said in a statement.
Her spokesman, Stefan Swiat, said Hoffman “does not have plans to defend it at this time.”
Copyright 2019 The Associated Press. All rights reserved. This material may not be published, broadcast, rewritten or redistributed.
Over 5.6 Million Reads Adam Gonzalez at March 29, 2019