Positive but Not Toxic 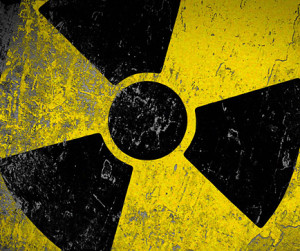 I came across a very interesting blog with a great posting written by Alexander Chaves. This is a subject that should be close to every gay, bi hearts in our world community. Those that not negative need to keep that in mind in order to keep it that way. It has never been easier to stay negative while having sex but the fact remain that everyone that has become positive has remain so. True in those undetectable that have been taking their meds as prescribed they wont need to have the conversion to positive of someone on their consciences. Still it is no picnic taking those meds everyday and at the same time still suffering from stigma from their community. This is where Alexander comes in: 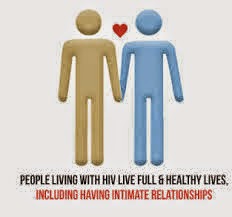 “Positive but not toxic waste"

My only commandment for life is one shared by Aleister Crowley — do as thou wilt, gents — with one exception: HIV-positive guys, stop getting those radiation tattoos, the kind they put on hazardous chemicals. We’re not toxic waste.

Here’s a story. I got a black star on the back of my neck three years ago, almost two months after one very bad day at the student health clinic. The days between the clinic and the tattoo parlor are dark and muddled and I do not remember much of them.

On the first day of school, I was fine. It was the start of my fourth year of what had been a tumultuous and largely rewarding undergrad. On the second day, I was not in class. A friend who knew I had gone that morning to get my STD test results left me forty panicked voicemails throughout the day. Later that evening, when I finally answered, I told him I had been shopping, which was true. I had wandered through the city making absurd purchases until it got cold. I asked him if I could come over.

Every night for the following week, I slept on a different friend’s couch, too scared of what I would do if left alone. Two months later, I went with two friends after class to get a tattoo.

Neither of them knew the real reason behind it, nor — I’m ashamed to say — did the tattoo artist. As it healed, I invented bullshit meanings for it to satisfy my friends. “I’m going to become a graffiti tag artist,” I lied. “The black star is my new symbol.” I posted a picture of it on Instagram on October 30, 2013.

For most of the three years since, my status was displayed on my Scruff and Grindr profiles but intentionally kept from Facebook. It was talked about in private messages with strangers but hidden in plain sight at Thanksgiving and Christmas. On these occasions, my mother frowned at my new ink — the next step, she reasoned, in my ongoing crusade to be as different from her and my father as possible.

My parents and the rest of my family saw the tattoo as something childish but harmless. They did not know that, for me at least, it was an indicator of something that led me to the darkest places, mentally and otherwise, I had ever been in my life.

My parents know HIV. As medical professionals, they saw countless AIDS patients at clinics in Zambia where my family lived for several years when I was little. As missionaries, my parents were driven by faith against staggering numbers. In 2014, 70% of all HIV-positive people in the world — about 25.8 million — lived in sub-Saharan Africa. As a general surgeon and gynecologist, respectively, my father and mother had seen the virus at its ugliest: emaciated babies, tiny skeletons wrapped in skin, washed by their mothers in tin buckets with filthy water. Years later, I would flip through the photos from our time there and see the grim similarities between present day Africa and American gay life in the 1980’s.

Places like Africa make the white, Western gay embracement of radiation symbols ugly. The symbols sing of outbreak and contagion — words that have real meaning in a place where people don’t have penicillin.

Last December, the same day my op-ed was published, I called my parents to tell them the secret I had kept from them for three years. On a sunny sidewalk in Los Angeles, I told them something that no parent wants to hear. They were both at work — I called my father first, then my mother. I feel cruel for doing it that way. I privately hoped that each of them left the office lounge or wherever they were and went outside to breathe for a minute. I made the decision to publish the article knowing I would post a link to it on my Facebook page, and if I put it on Facebook, a friend of theirs would eventually see it and call them. This was my way of telling them first.

The op-ed moved my HIV status beyond something only talked about for sex to something I could publicly write about for Plus magazine without using an alias. I did not mention my tattoo in the op-ed — in fact I have hardly thought about it since I got it.

After jacking off, I thought about the black star on my neck, which honestly had been this close — this close — to being a radiation symbol.

I have met other poz guys that marked themselves with something different — a bear paw, a plus sign — after their diagnoses. Some of them knew the modern reality of HIV before they tested positive. Others, like me, didn’t know a thing, and believed it was still a death sentence. Either way, we were all there in some white, sterile clinic, faced with an understanding that our names and our bodies were irreparably marked by something that many people feared and many had died from.

That was a blow unlike any I have experienced in my life. I applaud the efforts made by HIV activists who do good work educating the masses and informing them that HIV has become significantly more manageable, and well-informed people know this to be true. But HIV still changes your life.

If you live in a good metro area or have good health care, the costly medication will reduce the once-deadly virus to little more than a chronic illness. But you will still face a lifetime of blood tests and checkups, pill bottles with printed labels, and a whole new list of words and numbers that suddenly have crucial meaning — “CD4 count,” “T cells,” “viral load,” “undetectable.” You are still faced with an identity shift.

I no longer fear stigma, and my sex life and relationships have dramatically improved in the years since I converted. I announce my status on every hookup profile I have, with this addendum: “If you have a problem with my status, block me.” I don’t waste time with uninformed people, and the guys I fuck have been hotter, kinkier, and more health cognizant as a result. One pill a day is my only reminder that I am different from my HIV-negative comrades, and it goes down every morning with my allergy meds and Vitamin C capsules without a thought.

When I talk to friends who are newly diagnosed, I see on their faces the same look I had, like a bus had suddenly run over my dog. A newly diagnosed friend told me recently that for the first few weeks he took multiple showers a day because he didn’t feel “clean.” Another friend said that he went to the gym like a maniac for a few months after, and over-scrubbed every weight machine for ten minutes with the sanitary spray. In the same way that I went shopping and refused to sleep alone — and started an unhealthy sex crusade in the weeks that followed — these guys are learning life again from the ground up.

When you test positive, you really have two options. You either choose to live or you don’t. The latter doesn’t necessarily mean suicide; many guys simply never recover, and drown themselves in bad addictions, bad sex, and severely toxic relationships, and die slowly over the course of years.

Whether done fast or slow, both are forms of self-destruction, and I came close to both. I got the tattoo the day I decided, after a long solo run the night before, that I wanted to live. It took me a month or two, but I decided that I was not going to take everything in my medicine cabinet with a full bottle of whiskey. I had to choose life when it and the alternative were very even choices.

I’ll be honest, some days I still fear getting back to that place. It would be so easy to go off the deep end. I could be addicted to hard drugs with every STD imaginable in a month and just not care. I live with that boundary, and consciously aim for a life above it. If I had chosen death, I would have never met the good and beautiful men that I have been privileged to love in the years since. All the good people yet to meet me would never get to do so, which is sad. I think I’m a pretty cool person to meet.

In the tattoo parlor, the “radiation symbol” was trashed for something simpler. I wanted the tattoo to mean more than HIV, which does not define me and never will. I wanted it to prompt a story that I would tell later. Now I can.

Mortality is a complex idea with few visual representations beyond grave stones and skulls, both of which portray destruction as something that comes at the end of the line. Few images portray mortality as something you carry, something you survive every day — so I made one. My dark passenger is in for a long and exciting ride.