Votes Still Being Counted, Clinton Still Ahead in Pop.Vote 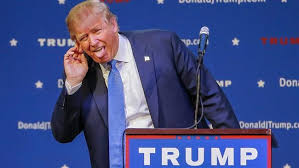 Two weeks after Election Day -- as Donald Trump assembles his Cabinet -- votes in many states are still being counted. And the tally shows that Hillary Clinton's lead in the popular vote, with Michigan's 16 electoral votes still up for grab, continues to grow..

And so the question: How confident can Americans be in the results announced in the wee hours of Nov. 9, given the problems that continue to beset our election system? Here are some answers:

Question: Who won the electoral vote?

Answer: As of today, Trump has 290 votes to Clinton's 232, with Michigan outstanding. Even if Clinton wins there – a possibility despite Trump's lead since election night – she still would trail, 290-248.

Among other states where the vote was close, only Florida could flip the election. But she trails there and in Pennsylvania and Wisconsin by too many votes to trigger an automatic recount.

Q: Who won the popular vote?

A: Clinton's lead of about 1.7 million votes continues to increase, largely due to an influx of absentee and provisional ballots still being counted in California. She has about 63.7 million votes to Trump's 62 million; her margin in California alone is about 3.5 million.

Q: Where are votes still being counted?

A: Most states have yet to report officials results, meaning they are still counting absentee or mail ballots or, more likely, deciding whether to count provisional ballots. Those often are cast by voters whose names did not appear on registration lists, or who may have voted in the wrong place or lacked proper identification.

Q: Why does it take so long?

A: Millions of ballots come in at the last second -- or, in states that allow it, several days after the election with the proper postmarks. It takes money, manpower and accurate voting machines to get every vote counted correctly.

"We vastly underfund the way in which we run our elections," says Michael McDonald, a University of Florida associate professor who maintains a web site on the electoral system. "The bottom line is that you want to get the count right.”

Q: How close are the two candidates in key battleground states?

Q: Can the votes be recounted?

A: Several states, including Pennsylvania and Florida, require the vote difference between the two candidates to be less than one-half of 1 percentage point. In Michigan, a recount is triggered automatically if the margin is less than 2,000 votes. None of those states are close enough at the moment.

Could the Electoral College elect Hillary Clinton instead of Donald Trump?

Q: Is it possible that provisional and absentee voting results vary significantly from Election Day?

A: Yes, but it's unlikely. Despite changes in voting laws in some states that civil rights groups claim unfairly restrict minorities, the poor and elderly, provisional votes that are accepted usually don't alter the results.

Q: What's the deal in California?

A: It's the largest state, with some of the most permissive voting procedures. More than half the state's votes are cast by absentee ballot, since no excuses are necessary to avoid going to a polling place on Election Day. Provisional ballots are treated more leniently than in many other states, requiring time to correct mistakes that otherwise would cause votes to be rejected.

Q: So when will the results be official?

A: Eight states have certified their results; another four are due to do so Tuesday. Nearly all will complete their counts by Dec. 13, in time for the Dec. 19 meeting of the Electoral College -- the 538 individuals who, usually without exception, vote according to the results in each state. In some states, the final count may come even later.