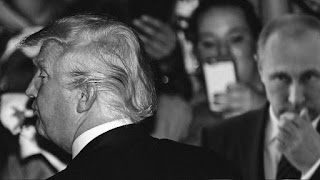 As I heard it, my great-grandmother was the one who wanted to stay. After all, they had lived there their entire lives. Why leave now? Everything they knew and loved was there.

It was Poland, 1933. They were secular Jews living a pleasant modern life. They knew about Hitler, of course, and Hindenburg’s pathetic enabling of his rise to power. They read the news. They knew about the Jewish business boycott, then the Nuremberg Race Laws, then the Night of Broken Glass—78 years ago today, as it happens. When Germany invaded, my great-grandmother insisted, we stay. Her Jewish friends panicked, fled, but she said, no, it won’t happen here. Then the soldiers moved them to the ghetto. A wealthy friend offered my family safe passage out, but my great-grandmother said: No. We stay.

Then they moved them to the camps. You can guess the rest of the story. My grandfather survived, just barely. My great-grandmother did not. I never met her, because she was murdered by the people who, she said, would simply never do such a thing. It won’t happen here.

As a Jew in America, I was raised to believe two rather contradictory things: The United States is safe for us, and our world can descend into bigoted violence at any moment. I held these two beliefs in my head at once as Donald Trump was declared president-elect in the early hours of Wednesday morning. On the one hand, America remains, for now, a liberal democracy with civil liberties and checks and balances. On the other hand, those liberties and checks appear to be fading fast. Trump and his enablers have seized control of every branch of government. Congress is toothless, a rubber stamp for Trump. The judiciary is about to be stacked with Trump appointees. What kind of judge is willing to stand by a man who said Indiana-born Judge Gonzalo Curiel couldn’t rule impartially because he is “Mexican”? A judge with no interest in independence or fundamental principles of equality. A judge with no interest in anything but raw power.

I am a gay Jewish journalist who loathes Trump with a very public passion. Every week, I receive the emails, the tweets, the private messages: Kike. Faggot. Fucking Jew. Their leader deploys anti-Semitism as a dog whistle, but they hear it as loud as can be. I get death threats. They want to kill me, they explain; they have a plan. And not just me, but people like me. The Jews who want to ruin this country. The gays who defiled it. The journalists who committed treason. All of us will soon get what we deserve, they tell me. They have guns. They have a plan.

The United States is safe for us. Checks and balances. The Bill of Rights. But what’s a Bill of Rights without an impartial judiciary to enforce it? What are due process and equal protection without a court order that people actually comply with? Nothing. Abstract principles, nice on paper, meaningless in reality. Hundreds of judges will soon be appointed by a man who said Judge Curiel couldn’t rule on his case because he’s “Mexican.” What kind of judges does that man appoint? Judges who support his agenda, not the rule of law. Judges with no particular interest in protecting people like me.

I am scared. I have never been scared like this before. What do we do? This is not like anything we’ve lived through before. We are being pulled out farther and farther to sea by the riptide of history. The shore is receding. Do we fight the current? Or do we let it draw us out to sea, recognizing that there’s no use in fighting something beyond our control?

My great-grandmother on the other side of the family fled. Her family was comfortable, secular; they owned a popular photography studio, and sometimes I look at the portraits they took of themselves shortly before they packed their bags and left forever. There is no panic in their eyes. They knew what they had to do, and they did it. They weren’t especially happy when they came to America, but they were alive. They left their old lives behind, understanding that there would soon be little left of them to salvage. I am thinking of their eyes this morning. And I am thinking of my other great-grandmother, the one I never got to meet.

By Mark Joseph Stern is a writer for Slate.
He covers the law and LGBTQ issues.
Over 5.6 Million Reads Adam Gonzalez at November 09, 2016