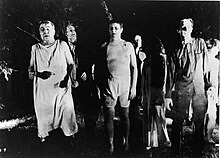 The United States is in the midst of its first government shutdown in nearly 20 years, and the practical effects on millions of Americans are significant. Even more worrisome: the impending debt ceiling, which the Treasury Department estimates the U.S. government will reach on or around October 17th.
The debt ceiling is the statutory limit of allowable federal debt, currently set at $16.7 trillion. Up until about one hundred years ago, Congress approved every individual new bond issue, but early in the 20th century Congress began to expedite the process by simply creating a debt limit and allowing the Treasury Department to borrow as it sees fit any amount below that. More recently, politicians have been squabbling over the debt ceiling and essentially threatening a default. Nobody is sure what the outcome of a default would be, but financial markets–which depend greatly on U.S. debt as a source of liquidity–would likely freeze up.
The possibility that Congress won’t reach an agreement to raise the debt ceiling has gotten economists and legal experts thinking of ways to get around the debt ceiling without Congress’ approval. Here are three possible strategies:
1. The Trillion-Dollar Coin: This idea, first raised by Jack Balkin, a Professor of Constitutional Law at Yale Law School, takes advantage of a loophole in the law which allows the Treasury to mint platinum coins without limit. The purpose of the law is to allow the creation of commemorative coins, but there’s nothing in the law that would prevent the minting a coin of any value. Therefore, to get around the debt ceiling, Balking suggests minting two platinum coins worth $1 trillion dollars and then just depositing them at the Federal Reserve in order to write checks based on the value.
2. The 14th Amendment: Another potential option is for the President to declare the debt limit unconstitutional because of in the 14th amendment. It states, ”the validity of the public debt of the United States, authorized by law . . . shall not be questioned.” The 14th Amendment was written to prevent Southern congressmen from threatening to default on U.S. debt unless the Confederacy’s debt was paid off too. University of Baltimore Law Professor Garrett Epps has argued that this amendment basically makes the debt limit unconstitutional and would allow the Treasury to continue to issue bonds without Congress’ approval.
3. Premium Treasury Bonds: While the previous two strategies for obviating the debt ceiling were prevalent during the last debt-ceiling showdown, the idea of issuing so-called “premium” Treasury bonds is newer. The idea was first raised earlier this year by Matthew Levine at Dealbreaker. Understanding the idea requires knowing a little bit about how bonds are sold. Bear with:
Bonds have both a “par” value and often times a different price at which a bond is actually sold to the public. Normally this is because interest rates can change pretty quickly: Say I want to issue a bond for $100 at a 4% interest rate, but a few weeks later, when I actually get around to issuing the bond, interest rate rises to 6%. To sell my 4% bond will require selling the bond at a discount to par–somewhat less than $100. The opposite would happen if interest rates falls to 2%. If I’m selling a 4% bond in a 2% environment, I’ll be able to garner more than $100 in that environment.
So how does this apply to the debt ceiling? The debt ceiling law only applies to the face value of bonds issued, rather than the actual value of the money raised. So when past Treasury debt expries, the Treasury Department could simply roll it over into bonds with much lower face values but that bring in higher revenues and pay out higher interest rates, allowing the total debt of the U.S. to continue to rise while still staying within the debt-limit law.
And as Levine points out, this is something that, unlike the platinum coin scheme, governments around the world have resorted to strategies like this before. It was a somewhat similar scheme involving derivatives that allowed the Greek government to hide the true value of its debt from EU officials until its debt crisis a few years ago. In our imagined scenario, however, Treasury wouldn’t be trying to hide the debt from the public. It would simply be looking for a way to skirt a law that doesn’t make a lot sense to begin with.
The brilliance of the premium bond scheme is that unlike the 14th amendment or platinum coin scenario, there isn’t an obvious way that opponents of it could challenge it in court. As former Treasury Chief of Staff told the Washington Post, one of the reasons the Obama White House has shunned the 14th amendment strategy is because it could be challenged in the courts, and the reason it avoided the platinum coin strategy is because the Fed might not play along. As for premium bonds, all we would need would be willing buyers for the bonds. And if recent history is any indication, that won’t be a problem at all.

Christopher Matthews is a Writer and Reporter for TIME.