What’s Going On in Other States Besides New Jersey? 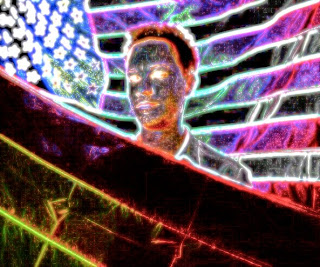 Efforts to legalize same-sex marriage in Pennsylvania and New Jersey help illustrate similar situations happening across the country in the months since the U.S. Supreme Court struck down parts of a federal law that restricted the rights of gay couples. A sampling of efforts in key states:
———
HAWAII
A special session of the Legislature to consider legalizing same-sex marriage is scheduled to begin Oct. 28. State Attorney General David Louie issued a legal opinion this week saying lawmakers may legalize gay marriages without amending the state constitution.
———
ILLINOIS
A bill to legalize gay marriage, supported by Gov. Pat Quinn, is in limbo after the state House failed to vote on it before the legislative session ended in May. A six-day fall session starts Tuesday, but it's unclear whether the bill will come up.
———
MICHIGAN
A federal judge is considering a challenge to a 2004 constitutional amendment that recognizes marriage as being only between a man and a woman. U.S. District Judge Bernard Friedman says he won't rule until he hears expert testimony Feb. 25.
———
NEVADA
Lawmakers this year gave an initial round of approval to the proposed repeal of a 2002 change in the state constitution that defined marriage as being between a man and a woman. It requires a second legislative vote in two years. If it is approved again, voters will decide in 2016 whether to recognize marriages regardless of gender.
———
NEW MEXICO
Gay marriage was pushed to the front burner in August when Dona Ana County Clerk Lynn Ellins began issuing marriage licenses to same-sex couples, and at least seven other county clerks have followed suit. State law does not explicitly authorize or prohibit gay marriage, and the state's 33 counties and county clerks have asked the five-justice New Mexico Supreme Court to clarify their responsibilities. A hearing is scheduled for Wednesday.
———
OHIO
A federal judge has ordered Ohio to recognize the marriages of two gay couples who sued to get their out-of-state marriages recognized on their spouses' Ohio death certificates. The ruling was issued despite the state's ban on gay marriage.
———
OREGON
State officials declared this week that Oregon will recognize same-sex marriages of couples who tied the knot in another state or country. Oregon voters changed the state constitution in 2004 to define marriage as being between a man and a woman, but an initiative to overturn that ban is a virtual lock on the 2014 ballot
Over 5.6 Million Reads Adam Gonzalez at October 20, 2013