Advocacy groups on Thursday sued the Trump administration and state of South Carolina on behalf of a same-sex, married couple after a Christian ministry allegedly denied them from participating in its federally funded foster care program.
The American Civil Liberties Union and Lambda Legal filed the lawsuit, citing a decision by the administration’s Health and Human Services to waive an anti-discrimination rule for the South Carolina ministry.
The ministry – Miracle Hill Ministries of Greenville, South Carolina – has said it always worked exclusively with couples that share its Christian faith.
The lawsuit comes as the Trump administration weighs a request by the Texas attorney general to roll back Obama-era regulations that prohibit foster care providers fromdiscriminating against parents based on religion or sexual orientation.
The couple at the center of the lawsuit, Brandy Welch and Eden Rogers, called the experience of being turned away by Miracle Hill Ministries “hurtful and insulting.”
“Faith is a part of our family life, so it is hurtful and insulting to us that Miracle Hill’s religious view of what a family must look like deprives foster children of a nurturing, supportive home,” the couple, who have been married for three years, said in a statement.
The Trump administration has taken several steps to expand legal protections for groups and individuals on religious grounds such as announcing protections for health care workers who object to various services based on personal beliefs.
MORE: Trump administration rolls back Obama-era protection for transgender patients
At this year's National Prayer Day service, President Donald Trump said he was committing his administration to "preserve the central role of faith-based adoption and foster care agencies to care for vulnerable children while following their deeply held beliefs."
"As far as the broad picture, what we hope happens is that organizations aren't allowed to discriminate based on religion, especially when they're receiving federal funding, and that category of people that are allowed to foster represents the ... different types of children that need fostering," Welch told ABC News. "Right now, they're only allowing people in this certain small little box to foster, and I don't really believe that all the children fit into that small little box either. So I think a fair representation would be better." 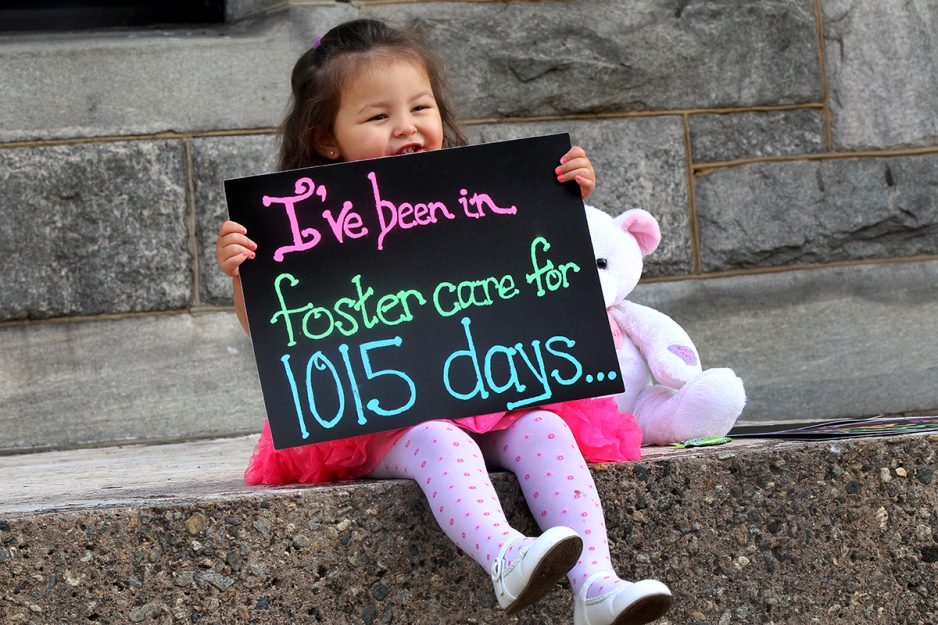 Days before President Barack Obama left office, he expanded anti-discrimination rules for federally backed foster care providers to include religion and sexual orientation. The issue arose for Miracle Hill when a Jewish woman was turned away by the agency because Miracle Hill insisted that it had always worked only with Christians that shared its faith.
Miracle Hill appealed to the state governor, who secured a federal waiver for the rule by the Department of Health and Human Services. This allowed the organization to deny placement of children with anyone who violates its religious beliefs while still accepting money from federally funded state child welfare agencies.
In a statement, Lambda Legal and the ACLU said the state and the federal waiver “enabled taxpayer-funded foster care agencies to use religious criteria to exclude families based on their faith and sexual orientation.”
“By allowing Miracle Hill to discriminate against this couple, the government is not only favoring certain religious beliefs over others but is also placing those beliefs above what is in the best interest of children in foster care,” said Currey Cook, counsel and director of youth at Lambda Legal’s Out-Of-Home Care Project.
After Miracle Hill was granted its religious waiver, the Texas attorney general asked the administration to repeal the rule or at least exempt the entire state from the policy.
In a Dec. 17, 2018, letter to HHS, Texas Attorney General Ken Paxton claimed that a rule violates a law that protects organizations from acting against their religious beliefs.
In response to the Texas request, an HHS spokesman said the request by Texas remains under consideration and that the administration “does not generally comment on the details of pending requests that are not public.”
Over 5.6 Million Reads Adam Gonzalez at May 31, 2019