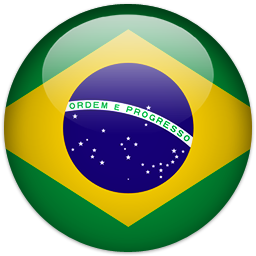 A majority of judges on Brazil’s Supreme Court voted Thursday to make homophobia and transphobia a crime, marking a major victory for the country’s LGBT population as they face an increasingly threatening environment, with dozens of people having been killed this year and President Jair Bolsonaro proudly declaring his dislike of the community.

Six of the Court’s 11 judges voted to make discrimination based on sexual orientation or gender unconstitutional. The five other judges will have a court session in June, but the results won’t be changed and the decision will take effect after they’ve all voted. The ruling would make it possible for those who experience such discrimination to sue.

The decision “comes at a very good moment, when we have a head of state who is LGBT-phobic,” Bruna Benevides, president of the Niteroi Diversity group, told the AP. “The Supreme Court assumed the responsibility to protect us.”

The protection is needed, as it’s a dangerous time for LGBT people in Brazil: At least 141 LGBT people have been killed so far in 2019, the Associated Press reports, citing a watchdog group.

Meanwhile, Bolsonaro has said he’s proud of his homophobia. The president has declared in interviews that he’d rather have a dead son than a gay son and that Brazil must not become a “gay tourism paradise.”

“If you want to come here and have sex with a woman, go for your life,” Bolsonaro told journalists in April. “But we can’t let this place become known as a gay tourism paradise. Brazil can’t be a country of the gay world, of gay tourism. We have families.”

LGBT advocates have said this sort of rhetoric puts the population at even further risk. And just this week Amnesty International warned that the Bolsonaro administration was turning anti-human-rights rhetoric into action by adopting “measures that threaten the rights to life, health, freedom, land and territory of Brazilians.” citing such moves as the president’s decision to relax gun laws and the rollout of a new, more punitive national drug policy.

The effort to make homophobia a crime in Brazil goes back decades but has been met with strong resistance from conservatives and religious groups. The court ruling mandates that homophobic and transphobic offenses will be covered within a racism law passed in 1989. Meanwhile, Brazil’s Senate is also considering a bill that would criminalize discrimination based on someone’s sexual orientation or gender.

The court’s decision was an open rebuke of the homophobic rhetoric from Bolsonaro, who rose to power with strong conservative support, and an attempt to secure protections for the LGBT community regardless of what Congress does.

“There is no guarantee the bill will pass, and even if it does, it can be vetoed and homophobia will continue,” said Judge Luiz Fox, according to the Independent. “The judiciary must act in defense of minorities against violence by the majority.”