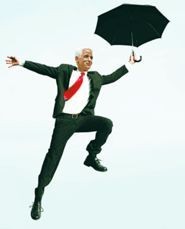 Below you can read the letter PFLAG sent to Joy Reid because of material she wrote on her blog about Charlie Crist. I am so sorry that PFLAG picked this particular writing about Crist who was closeted at the time even though most gays living in Florida at the time (I was one) knew the guy was gay and let me quickly add that was not the problem any of us had with him. The problem with Crist was that he was a gay closeted Republican running on anti-gay issues or siding with the GOP on the same issue or staying quiet while the Republicans had a field day in the media and in Captitals across the nation. The guy when running for Congress was running from a Republican district (13 Dist) but being a more educated district one could argue you did not have to be a GOP to win there but that is Florida Water under the bridge. Back on Y2K, those were the times the "Moral majority' was fighting any legislation to give the LGBT community any security in jobs or not getting rented because of being gay and in every issue big or small. Gay marriage was way out there as a national agenda but we were fighting it in the states to get same-sex marriage one at the time while at the same time going through the courts. This was a winning stragegy as history shows. Ok so Crist was a hipocrite!Next..

I don't want to rehash any of this I just want to make two points:

Using Crist as an example of anything is like defending a bully because he broked a finger while punching a skinny, small gay kid.

1} Charlie Crist was a hypocrite and he worked against issues by either speaking against them or staying quiet when Republicans were saying all the things you heard about us. Cant be school teachers because we can't be trusted with the kids. Can't work in a position high in the government because we would get blackmailed and give the secrets away.

No matter what Joy is written or said Charlie is no reason to send that letter and take something away from her. Eventually, Charlie ran for governor and when he ran for re-election he was so unpopular in the GOP by just staying in the middle of issues and not wanting to offend anybody he offended everybody. He Even Changed his party affiliation to Democrat to see if he could be reelected because he had no support from the people he had supported. I'm sure I have written worse things about Crist
(but Im a small fish and gay) and I always said: "We, Florida Gays knew who Charlie Crist, whether he got married or not or whether he got rid of all his gay porn or not." He was gay and not liked because he was working with the people working against us. That is the threshold I hold on outing someone and I have written this before. If the person is closeted the person deserves the time and the form to come out or not come out. But if you are closeted and are working against LGBT interests, then you are a hypocrite and I will take the opportunity to out you and if someone else does I will applaud that and printed it.

Joey Reid: The problem with her is her

2} As far as I'm concerned as a gay man the big problem is not what she wrote but what she denies and then semi accepts. She awful things in the past but so have a lot of people in the press and the government but now they support us 100%. We are happy about the support!and there is no need to accept what was said in the past but to accept the present time behavior. When asked Hillary Clinton  why she was not pro-gay marriage earlier. Whether you agree or not she would not deny it and say  it's true but at the time many were like her but she came along wiht the times. I never liked that but I also remember what she did in the state dept for gays in the military and in the civil service of the state dept. Also as a first lady she defended the right to be what we are. What she would not say is,"No I was always pro-same-sex marriage no matter what anybody said". Or do like Trump and say "fake news!"

Joy has denied and then apologized for this and not for that. If you read about what she says about it you really don't understand what she is really meaning by it all. She gets confusing and and apology should never be confusing but uncomplicated, precise and honest sounding. She apologizes for saying some things but then says someone else wrote them for her and put them in her past blog pages.

If she would just come out and say she is sorry and take responsibility for all of it and say some might not be mine but it appeared on my blog and I had a quick mouth (like many straights) in blaming being gay for stupidity,  girlish or not macho enough. Even parents to their kids. My father was calling me a faggot since I can remember and If you saw me you would not know I'm gay unless I let you know. When I was younger and closeted I and with a dad calling faggot I made sure I even dance straight. Where he got that? I was different. I looked different than my brothers and would scare easy and I was very close to my mom. That made me gay in his book.

I used to like Joy but because her being dishonest about what she writes and say; A person who is in the business of reading and reporting the news, should at least be trusted.  If she was someone else I would not care but because of what I just said, I really don't like her anymore nor trust her. I hope she finds peace with her thoughts and feelings. I hate to be gay with her as my mom. My dad was not in the news business so his awful remarks only hurt me and no one else. She is hurt people that like her.
Adam Gonzalez🦊

Said PFLAG National president Jean Hodges, “When we extended our invitation to Ms. Reid to honor her at our 45th anniversary celebration, we did so knowing about the blog posts from the late 2000s regarding Charlie Crist. We appreciated how she stepped up, took ownership, apologized for them, and did better—this is the behavior and approach we ask of any ally. However, in light of new information, and the ongoing investigation of that information, we must at this time rescind our award to Ms. Reid.”