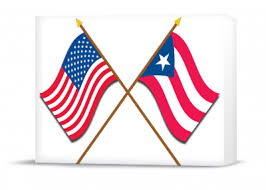 Sanders says he will be blocking help for Puerto Rico by saying that is not good enough for Island’s Commonwealth. But he is unable to have any other plan in place that could possibly be approved by a Republican Congress and not having the ugly side effects of having Doctors, Policemen and everyone employed by the government go without pay.  The Independent on the Uk reported the following this morning:
Breaking from President Barack Obama and the White House, Senator Bernie Sanders is blasting a putative deal to install an oversight board to return order to Puerto Rico’s ruinous finances saying it would make things worse not better for the island’s residents.  The salvo fired by Mr Sanders threatens significantly to complicate the path ahead for an accord hammered out just last week by the Republican and Democrat leaderships in the House of Representatives with explicit White House support.

In a letter to colleagues in the US Senate, Mr Sanders urges them to reject the plan when it comes to their chamber for a vote, saying it would make a “terrible situation even worse”. He made the intervention with at least one eye on his battle for the Democratic nomination - one of the very last Democrat primaries will be held on the island in two weeks on 5 June.
As it stands now, the proposal would give extensive powers to the new authority to introduce severe social spending cuts and restructure the island’s $70 in debt. Puerto Rico has already defaulted on almost $1bn in debt payments and is set to miss a bigger $2bn payment on 1 July.
The tropical and essentially bankrupt isle, which as a territory of the US is neither an actual state nor a sovereign country in its own right - islanders have US passports, however, and can vote for presidents - is also struggling with a roughly $40bn shortfall in state pension obligations.
While the government of Puerto Rico in San Juan had been begging Congress to do something to help it deal with the default crisis, it did not favour establishing an oversight board with such wide discretion essentially to run rough-shod over the island’s own elected representatives.
That is at the heart of the Mr Sanders’ objections.  The Senator claims, for instance, that the new “unelected and undemocratic oversight board” would give the Governor leeway to slash the minimum wage to a paltry $4.25 an hour for as long as five years.
"We must stop treating Puerto Rico like a colony and start treating the American citizens of Puerto Rico with the respect and dignity that they deserve," he wrote to Senate colleagues.
Puerto Rico is in a ten-year slump that has spurred an accelerating exodus to the US mainland. For the population of about 3.5 million left behind, the crisis has seen rapidly deteriorating services, including shuttering of schools and hospitals, and rising taxes.
With more than 67 delegates up for grabs in the 5 June primary, both the Hillary Clinton campaign and Mr Sanders have been vigorously courting its voters.   Former President Bill Clinton also spent part of last week hopscotching between its biggest cities.
On his own swing through the island last week, Mr Sanders said it was time to end the twilight status of the island.  He urged the holding of a new referendum giving islanders a chance to choose between remaining with the status quo, becoming the 51st state of the US or cutting the cord and becoming a sovereign nation.
"It is time for the people of Puerto Rico to be allowed to take charge of their political future and for the United States of America to redefine its legal relationship with the people of this Island," Sanders said at one rally in San Juan. “The people of Puerto Rico should not and cannot provide colonial like treatment of its citizens, the people of the United States cannot continue colonial-like relationship with the people of Puerto Rico.”
Mr Sanders, who has vowed to keep battling Ms Clinton all the way to the Democratic Convention even though he has virtually no chance to stop her becoming the party’s nominee, has also gone further than her or anyone else arguing that the only short-term solution for Puerto Rico is a federal reserve bail-out, a step that would be anathema to Republicans.
“If the Federal Reserve could bail out Wall Street, it can help the 3.5 million American citizens in Puerto Rico improve its economy and lift its children out of poverty,” he said. “Under current law, the Federal Reserve has the authority.”
Editorial from Adam Gonzalez, Publisher

Trying to take something away without being able to replace it with anything else is not what the People of Puerto Rico need. Is this the best plan for Puerto Rico?
No, the best plan for Puerto Rico would  have been to let it rearranged its debts like any other state would. That time passed already.  Since Puerto Rico is not a state is has been punished like if it was Puerto Rico’s fault it was taken over by the United States Army and Navy and made into a colony after the Spanish-American war. At this point in time where Puerto Rico is in default, this is the best deal the White House has been able to get from a Republican Congress that wont even fund a new vaccine for a new virus that’s threatening to make a lot children handicapped. Is Sanders saying he could do better? May be that is the same kind of thinking that’s telling him he can still win when he is already lost.
Mr. Sanders keeps giving us surprises on the political field as a sore looser and not a team player.     So far with his opposition to the person with the greatest number of delegates and less than 90 delegates to win the Primaries. At the same time not only is He giving ammunition to Trump but having the virtual winner fight on two fronts. He knows he can’t win on the present situation so he most be waiting for Clinton to be indicted and put in jail. May be she will break an ankle? For people like me who does not take most politicians seriously all these can be fun and games as long as people don’t start getting hurt. I think Sanders should have found a different way to get attention and to fight the White House for not supporting him in a different format. Would it be because he sees the present gubernatorial administration in Puerto Rico too aligned with the DNC?  Who according to him it has been very unfair to him like if it was their fault he is lost. Maybe he was no treated right when he was there(PR) or he listened to the Independent party there confusing it with his independants here.  The Independents in PR want nothing to do with the US and ask for independence for the island calling it still a colony. Up to this point I have not said one cross word about Sanders but now he is hit me in the heart by taking this Island and using it to get some political mileage on his now never-ending quest to live in a house it seems he is not qualify to live in. He is proven he is just like any other politician willing to play with people’s well being for political mileage.
Over 5.6 Million Reads Adam Gonzalez at May 24, 2016