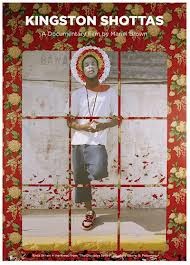 Trinidad and Tobago's Prime Minister Kamla Persad-Bissessar struck a sour note with citizens last week when, after making the feature address at the Trinidad and Tobago Investment Conference in New York, she told the media that her government would not seek to decriminalise homosexuality as “it would not be prudent [...] to proceed in that direction at this time”. 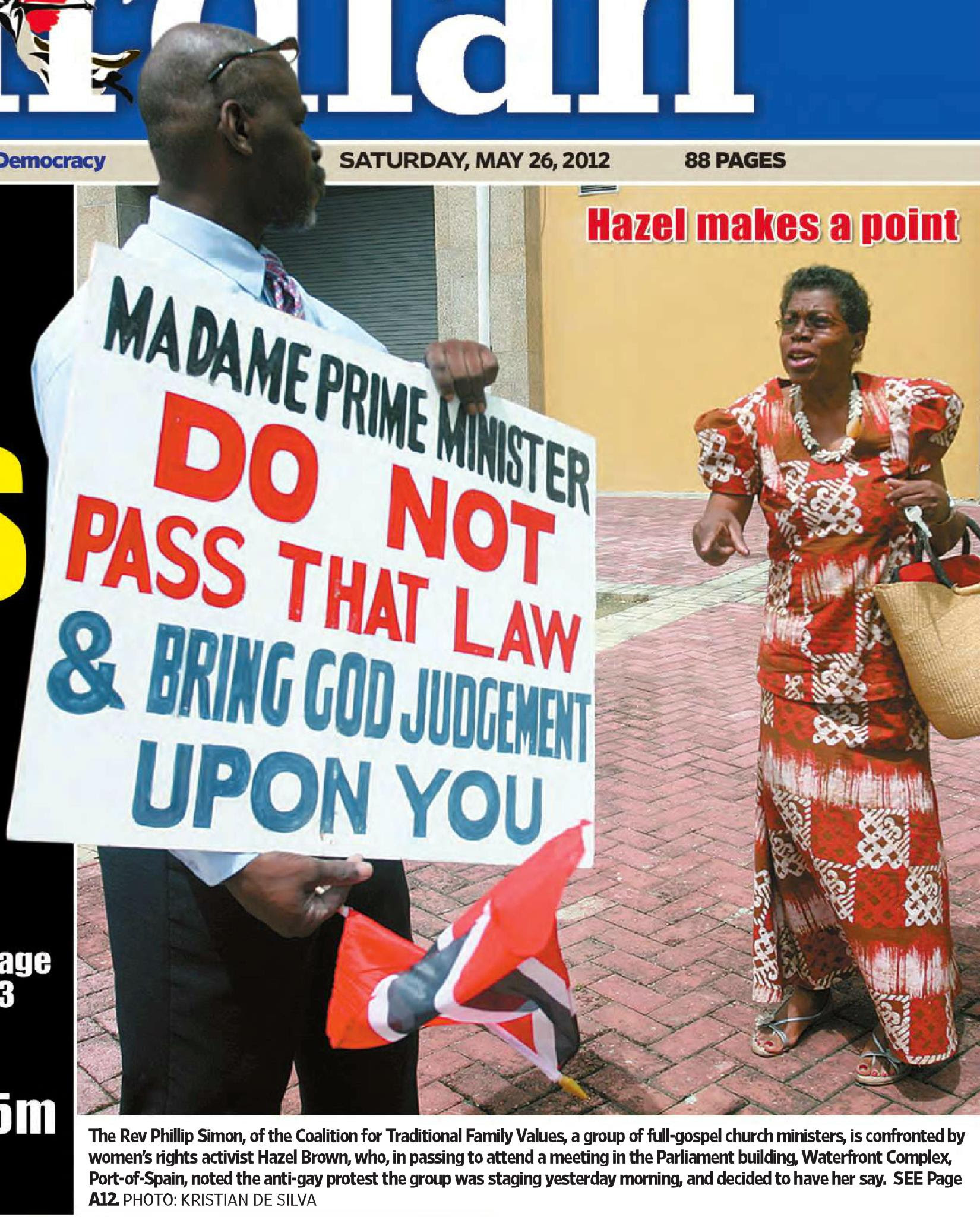 Persad-Bissessar cited the draft National Gender Policy, explaining that feedback on the document was still “very divided”. Her position comes despite her promise, back in 2012, to end discrimination against the lesbian, gay, bisexual and transgender (LGBT) community via the very same gender policy. Two years later, it seems that equal rights is no longer a priority of her government.
In Trinidad and Tobago, Section 13 of the Sexual Offences Act (1986), criminalises “buggery”. If anal sex is carried out between adults, the imprisonment term can be as much as 25 years. While the law is not generally enforced, the fact that it remains on the books means that it theoretically can be. Religious fervor contributes to the general lack of social tolerance.
To underscore the point of the prime minister's reneging on her promise, the Trinidad Guardian newspaper published portions of a letter which she sent to Lance Price, founder of The Kaleidoscope Trust, a UK-based non-profit that advocates for gay rights worldwide. Her 2012 correspondence was in reply to Price's concerns about the way in which Trinidad and Tobago's Immigration Act and Sexual Offences Act were discriminatory against the LGBT community. Persad-Bissessar wrote:

I wish to assure you that due consideration is being given to these issues by my Government.
I do not support discrimination in any form against any individual, regardless of their gender identity or sexual orientation.
I share your view that the stigmatisation of homosexuality in T&T is a matter which must be addressed on the grounds of human rights and dignity to which every individual is entitled under international law.
I have mandated my Minister of Gender, Youth and Child Development [...] to prepare and present a national gender policy to Cabinet over the coming months.
It is expected that once adopted, this policy will forge the way forward for T&T as my Government seeks to put an end to all discrimination based on gender or sexual orientation.

On Facebook, reaction was swift, with one user noting that when it came to equal rights, the prime minister passed the buck onto the citizenry, suggesting that the issue “may require as a referendum to get the views of the people”, yet her government was more than happy to proceed with constitutional reform without public consensus.
Blogger and university lecturer Rhoda Bharath took issue with the prime minister's short memory, saying:

An interesting angle to the controversy was the reaction of the country's Roman Catholic Archbishop, who retaliated against the prime minister's blame game. Persad-Bissessar had pointed fingers at the church, saying that a “Roman Catholic group” was up in arms about the draft gender policy; Archbishop Joseph Harris called the accusation “untrue” and “reckless”, saying that it insinuated the Catholic Church was supportive of the discrimination against the LGBT community. The Archbishop maintained that the church was just one of several religious groups that had reservations about some aspects of the gender policy.
On Facebook, Vernon O'Reilly Ramesar quipped:

I dunno but when you have the Catholic church saying you are backward this country's politicians better start reassessing their policies. That's like the Taliban saying you are too conservative.

He also posted a photo quote from American TV host and political commentator Rachel Maddow saying, “But here's the thing about human rights. They're not actually supposed to be voted on. That's why they're called rights.” Ramesar added:

Can we get Rachel to fly down and explain this to T&T politicians? They really don't seem to grasp the concept.

Obviously, with elections due next year, the PM is wary of her political survival, and is unwilling to tackle any contentious issue, including this one.
But, as a ‘senior counsel', the PM ought to be aware that the laws against the LGBT community are illegal. Not might be, but actually are. Given that the Constitution is granting equal rights to all, those laws that ban homosexuality etc are ultra vires… Outside of the Constitution.

The blogger also noted, however, that “these laws have not been challenged by the LGBT community in court” — a point that Rhoda Bharath also picked up on. Her perception was that gays in Trinidad and Tobago are not very vocal about advocating for their own rights as a community. She asked on Facebook:

Is the gay community willing and ready to step up, step forward and lead a mature discussion sexuality, identity and what they want?

Trinis are generally insensitive and naive about gender and sexuality issues. We inadvertently oppress people with our ideas of normal and acceptable when it comes to those areas. However, if the community wants to be taken seriously… Beyond the news cycle… It needs to seize the opportunity to start and sustain the discussion. No movement for human rights was won on the sidelines.

The local gay community might argue that it hasn't been on the sidelines. The executive director of the Coalition Advocating for Inclusion of Sexual Orientation (CAISO) criticised the prime minister's stance, saying that her “human rights by referendum” approach was an embarrassment to the nation. The timeline of CAISO's Facebook page is full of links and reader comments about the prime minister's faux pas. The page encourages people, whether gay or not, to “raise voice, raise children, raise funds and raise consciousness” so Trinidad and Tobago can become a more compassionate country when it comes to differences in sexual orientation and gender expression.
The gspott blog is also used as a means of disseminating information about any progress CAISO and other advocacy groups have made when it comes to LGBT equality as a human rights issue, putting the onus on changing the country's laws not just on the LGBT community but on others who value human rights.

Photo of the front page of the Trinidad Guardian by FREEPRIDE. Used under a CC BY-NC-SA 2.0 license. 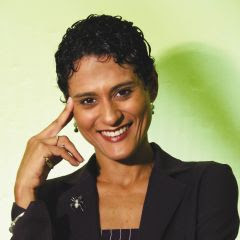