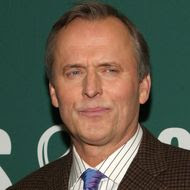 One of the ways money makes you powerful is that you can say what you want and don’t give a hoot about who you offend. Up until this time Grisham is been not present on arguments dealings with any type of sex.
Well not caring that he is got a demographic of readers that are going to be appalled when  they learn that he’s come on the side of child porn holders.
On the other hand is me, I don’t have any money to talk about but my blog is completely independent and I express my opinion hoping not to offend but not changing my writing style because Im going to offend and loose readers.  I am against ALL child porn because even though there are guys that get off on it,  I don’t ...and know there is a child on the other end and a market to get those children wether is enticement or kidnapping to get them to do what they do which in most cases they are not fully aware how those pics are going to follow them in the future. Many stars of today have been embarrassed at having naked pictures of them turn out. Adam Gonzalez, Publisher
Now, You can put away your fake third boob, because John Grisham just found an even better way to guarantee that your name will appear in headlines around the world for all the wrong reasons. The best-selling author, who has a new novel coming out next week, told The Telegraphthat the U.S. justice system treats people who look at child pornography too harshly. "We have prisons now filled with guys my age. Sixty-year-old white men in prison who've never harmed anybody, would never touch a child," he said. "But they got online one night and started surfing around, probably had too much to drink or whatever, and pushed the wrong buttons, went too far and got into child porn."
He went on to describe the plight of a "good buddy from law school":

His drinking was out of control, and he went to a website. It was labelled "sixteen year old wannabee hookers" or something like that. And it said "16-year-old girls." So he went there. Downloaded some stuff - it was 16 year old girls who looked 30.
He shouldn't ’a done it. It was stupid, but it wasn't 10-year-old boys. He didn't touch anything. And God, a week later there was a knock on the door: "FBI!" and it was sting set up by the Royal Canadian Mounted Police to catch people — sex offenders — and he went to prison for three years.
There's so many of them now. There's so many "sex offenders" — that's what they're called - that they put them in the same prison. Like they're a bunch of perverts, or something; thousands of ’em. We've gone nuts with this incarceration ...

Grisham added that he has "no sympathy for real pedophiles," saying, "God, please lock those people up. But so many of these guys do not deserve harsh prison sentences, and that's what they're getting."
Clearly, this is a very clever way to win over new readers. The internet is rife with images of 16-year-old girls dressed up to look like 30-year-old women, and anyone who's ever Googled while drunk knows it's nearly impossible to avoid all the child porn. Why should someone spend a few years in prison for downloading that stuff to their computer — you know, if they're a white guy?
The telegraph
Over 5.6 Million Reads Adam Gonzalez at October 17, 2014