LGBT Community Seek Answers on the Serial Murders in Toronto

(CNN)Toronto, grappling with shock and grief, is slated to host two vigils this week to mourn the victims of accused serial killer Bruce McArthur.

A multifaith vigil is scheduled for Monday night, while more than a dozen groups -- including The 519, an LGBT group -- are organizing a Tuesday event after it was reported that members of the city's gay community were among McArthur's five alleged targets.

"The issues we face today are unfortunately not new and touch many marginalized and vulnerable communities," according to the event's description. "We welcome everyone to join us to grieve together, heal together, and rise together."

LGBT advocates are questioning whether police did enough to investigate the cases of missing men, as one of the victims went missing in 2012.
"This is, of course, a terrible tragedy, but not the first time the LGBTQ (community) has lost lives and members of the community have been missing," said Soofia Mahmood of The 519.
close dialog

"The community has been victim to systemic abuse over the years, particularly people of color in our community. There is need to expect and demand accountability, from police and other groups who stereotype members of the community," Mahmood said. "But now, there is a need for solidarity in the community. We need to come together to celebrate the community and heal together." 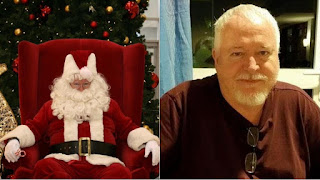 Toronto Police Service spokeswoman Meaghan Gray acknowledged the fraught relationship between police and the city's LGBT community and said the community's concerns are "front and center" in the minds of investigators.

"We are trying to provide as much information as we get it to members of the community without divulging information that might jeopardize the investigation. We know they are struggling, in light of the incident, and we know our relationship has ebbed and flowed over the years with the community," Gray said.

Asked specifically about the LGBT community's concerns that police didn't do enough to solve the cases of men who went missing from Toronto's Gay Village neighborhood, Gray said the allegation is "simply not true," pointing to the creation of a Project Houston task force dedicated to investigating the disappearances.

Frozen ground and potted plants may hold evidence of Toronto serial killer
"We created that task force so we could dedicated additional resources to help find those men," she said. "We took those disappearances very seriously and tried to resolve those cases as quickly as possible."

Toronto police have assigned a constable to liaison with the LGBT community and attend both vigils this week, Gray said. In addition, a gender-neutral bathroom has been added to police headquarters, police raised a transgender pride flag on November's Transgender Day of Remembrance and pride flags have flown over headquarters during LGBT festivities.

Police Chief Mark Saunders has publicly apologized for 1981 raids on gay bathhouses, while the police force's Community Consultative Committee has added transgender members and developed a crime-reporting guide for the trans commmunity.

Investigators on Monday continued to excavate the property where the remains of six people were recovered, a task complicated by the frozen ground, which requires thawing before police can continue digging, Gray said.

The cadaver dogs brought in to assist with the search operation are succumbing to fatigue, she said.
"Dogs need to rest, so we've asked other services to bring in dogs to help facilitate the process of searching the multiple properties," Gray said.

McArthur was first arrested January 18 and charged with two counts of murder in connection with the deaths of Andrew Kinsman, 49, and Selim Esen, 44, who both went missing last year.
About a month before McArthur's arrest the Toronto Police said there was no proof that Esen and Kinsman's cases were related or that a serial killer was on the loose.

After McArthur was charged, police recovered human remains and evidence in potted plants on properties where he had worked. On January 29, McArthur was charged with three more counts of murder for the killings of Majeed Kayhan, 58, Dean Lisowick, 47, and Soroush Mahmudi, 50.
The killer had relationships with each of his male victims, some of which were sexual, Gray said Friday. Police said both Esen and Kinsman were active on dating apps.

Investigators have recovered the remains of at least six people on a property linked to McArthur. One has been identified as belonging to Kinsman. The five others remain unidentified.
McArthur's attorney, Edward Royale, told CNN on Monday he would not be commenting on the case.
Who are the victims? 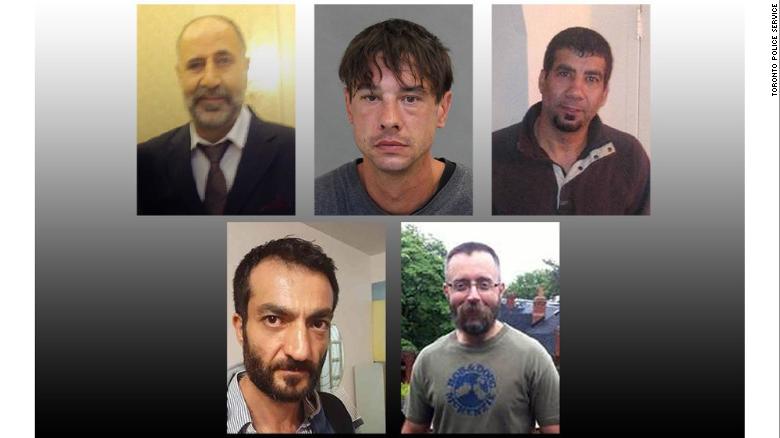 The five victims have been identified as, from top left, Majeed Kayhan, 58; Dean Lisowick, 47; Soroush Mahmudi, 50; Selim Esen, 44 and Andrew Kinsman, 49, according to Toronto Police Service.

The five victims have been identified as, from top left, Majeed Kayhan, 58; Dean Lisowick, 47; Soroush Mahmudi, 50; Selim Esen, 44 and Andrew Kinsman, 49, according to Toronto Police Service.

Joan Anderson, who worked with Kinsman, said he was last seen June 26, the day after Pride Sunday. Anderson said news of his death was "very hard to hear."

"The fact that the investigation involves a serial killer has meant shock in addition to grief and has broad impact in the LGBTQ communities and across the network of HIV agencies and volunteers," Anderson told CNN via email.

"A wonderful wicked sense of humour, he would get frustrated and angry too -- anger at hypocrisy, pettiness, meanness and injustice. Andrew had fire and gentleness," said a statement from both organizations.

Phoenix police: Serial killer murdered seven people 02:08
Esen had no fixed address, and often had a small plastic suitcase on wheels, police said. He was reported missing in April.

Kinsman and Esen's disappearances sparked alarm within Toronto's LGBTQ community and a meeting was held to discuss those concerns, reported CNN partner CBC. Their cases, along with those of other missing people, had made activists suspicious there could be a killer targeting the community, reported the CBC.

Kayhan was reported missing in October 2012. He was among the men who disappeared from the Gay Village between 2010 and 2012, and was the focus of a police investigation, reported the CBC.
Lisowick was never reported missing, but authorities believe he was murdered sometime between May 2016 and July 2017. He had been a resident of Toronto's shelter system, and had no fixed address. A memorial service is being held for him Tuesday.
Mahmudi was reported missing by his family in August 2015.

adamfoxie.blogspot.com brings you the important LGBT news others ignore. Does not repost from gay sites [except out.sports.com only when importat athlete comes out].Will post popular items with a different angle or to contribute to our readers🦊
Over 5.6 Million Reads Adam Gonzalez at February 13, 2018