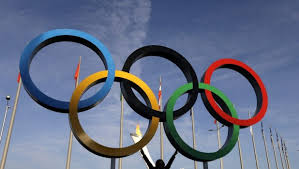 Less than a week after the subtle revelation that WNBA MVP is gay  -- the third paragraph of an Aug. 4 story in Vogue magazine that didn’t even mention the news in the headline -- the story had all but died.
There were no follow-ups about how her Chicago Sky teammates might handle the situation when the Rio Olympics end or what it might mean for the LGBT community. This is nothing new in women’s basketball, where coming out is common and acceptance widespread.
becoming the first active NBA player to come out more than three years ago – and the only one since – this was not.
So after answering a few questions from reporters at the start of the Games, Delle Donne went back to the challenge of winning a gold medal with the Americans in her inaugural trip to the Games.
“It’s been normal,” Delle Donne said this week. “Nothing crazy. Obviously a couple of people wanting to talk about it here and there. A lot of support. It’s been really nothing too crazy, which is great. That’s where I hope our society moves to, where it’s not a story. It’s normal.
“I would love to see that (sort of support in the NBA), if there are any (gay men). No one should have to hide who they are.”
Yet as it stands, it appears they still do.
MEDAL COUNT


While the NBA is progressive on this front – reconfirmed recently when it decided to move the All Star game out of Charlotte because of a North Carolina law that eliminated some protections for the LGBT community – the fact remains that no player since Collins has felt comfortable enough to come out. And that, as their female counterparts see it, is something that needs to change not only in basketball but men’s sports across the board.
“I would love to see more (come out) on the men’s side, more players feel comfortable to come out,” said Phoenix Mercury star , the former No. 1 pick who came out in an April 2013 Sports Illustrated article that was met with similar shrugs. “But I also understand it because as a player, I’ve been that person where it’s really hard to come out. It’s super hard. You’re just not comfortable with it. You’re worried about not being accepted, being rejected, being cast out. It’s tough. It’s really tough.”
While projections vary greatly on the percentage of gay men in the population worldwide, the odds are that there are somewhere between a handful and at least a few dozen gay NBA players among the 450 total. The  has estimated in recent years that approximately 2% of American men are gay, but 10% has long since become the unofficial standard estimate. In between, a 2012 Gallup poll indicated that 3.3% of more-than-1,200 subjects interviewed said they identified as gay, bi-sexual or transgender. As  put it in a May 2013 interview, “Everybody (in the NBA) has played with a gay teammate.”
Yet it seems as if Collins (who retired 18 months after coming out) and former Utah Jazz player  (who came out long after retirement) were the only ones to fit the description since the league’s inception in 1946. Meanwhile, there are four openly gay players on the women’s basketball Olympic team alone: Delle Donne, Griner,  of the , and  of the Atlanta Dream.