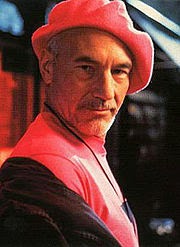 British stage and television actor Sir Patrick Stewart met with good humour being mistakenly outed as gay by the Guardian earlier this week. In a story on Canadian actress Ellen Page coming out of the closet, journalist Jane Czyzselska wrote: “Some gay people, such as Sir Patrick Stewart, think Page's coming out speech is newsworthy,” in reference to a supportive tweet Stewart sent Page.
Stewart, who is not gay, married his wife Sunny Ozell last year. The wedding ceremony was performed by Stewart’s friend and frequent co-star, notably gay actor Ian McKellen.
“But @guardian I have, like, five or even SEVEN hetero friends and we totally drink beer and eat lots of chicken wings!”Stewart tweeted, followed by, “Well, @guardian it makes for a nice change . . . at least I didn’t wake up to the internet telling me I was dead again.”
BY NIKO BELL
dailyxtra.com
Over 5.6 Million Reads Adam Gonzalez at February 21, 2014 No comments: Links to this post

Over 5.6 Million Reads Adam Gonzalez at January 24, 2014 No comments: Links to this post

‘Abstinence' A LifeTime of it???


After another sex scandal involving a senior member of the Catholic Church, questions are again being asked about celibacy. Is it realistic for someone to permanently go without sex? 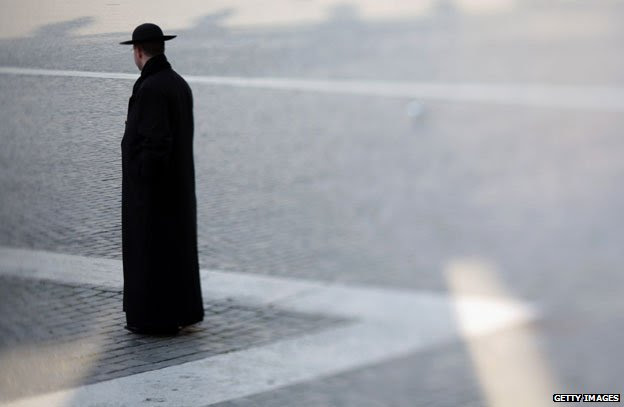 Celibacy does not mean abstinence.
To the purists, celibacy - derived from the Latin for unmarried - means a permanent state of being without sex.
Abstinence can be temporary. And it's possible to be abstinent in a relationship. "True" celibacy means a life without both sex and a spouse or partner. Of course, there are many who give it a looser definition - merely indicating some sort of commitment to be without sex.
The subject is back in the headlines after Cardinal Keith O'Brien admitted that his "sexual conduct" had fallen below the standards expected of him amid allegations of "inappropriate behaviour".
As a Catholic priest he was expected to abstain from all sexual activity and devote himself to God and the Church's followers. Buddhist monks have similar expectation. In both religions, masturbation is regarded as a breach of celibacy.
For non-religious people the institution can be hard to comprehend.
Continue reading the main story
Catholic priests are all men and while there are celibate women - typically nuns - much of the debate tends to focus on male celibacy.
Taken in its strictest definition, there is a question mark over whether celibacy is possible.
Men are driven by testosterone to want sex, says John Wass, Professor of Endocrinology at Oxford University. Women are driven to a lesser degree by a mixture of testosterone and oestrogen, he explains. "I'd regard celibacy as a totally abnormal state."
Around 80-90% of men masturbate and it's likely that priests do too, he says.
There is data to suggest that men who ejaculate more are less prone to prostate cancer, he says. "You could argue that it's not so healthy to be celibate."
Many people simply cannot imagine, purely on a physical basis, going their whole life without sex of any kind. 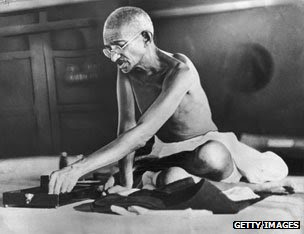 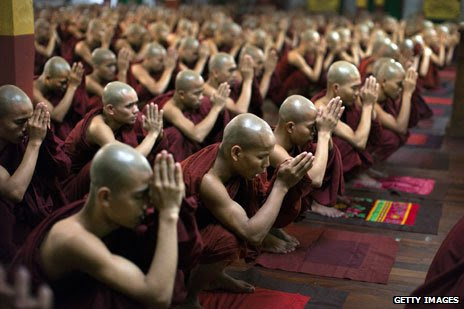 Buddhist monks are typically expected to be celibate
It's not just biology, sexual chemistry makes celibacy a difficult lifestyle, says Jimmy O'Brien. Women sometimes saw priests as "forbidden fruit" and a bit of a "challenge", he remembers. But what he found hardest was not having someone to share life with.
"We're only human and there's an element of loneliness. A lot of us need that significant other in life."
Western society dwells on the huge importance of the search for a romantic life partner. Giving up the idea is a huge sacrifice.
"All the intimacy of sharing life with someone who is fundamentally on your side - all that you're denied," says Vishvapani. He is married because he too wanted that significant other in his life.
Modern life is sexualised and individualistic, he says. People in past centuries were either married, in which case they could have sex, or celibate if they were not. Now the options are more varied.
"The idea of being single and sexually active just wasn't possible for people in traditional society. People were more willing to accept a role, such as for priests to be celibate." As a result, numbers willing to make a vow of celibacy are declining in the West.
Plenty of Catholics, including Cardinal O'Brien, have called for a rethink on celibacy.


But for Vishvapani the problem is not celibacy but the sense that it must be enforced for life. "The problem comes when people can't sustain it but don't have any way of being sexually active that isn't unethical."
There's also the question of why certain people choose a celibate life. In a less-than-tolerant society many gay people might choose the priesthood because it would be somewhere for them to hide from sex.
Whether celibacy is physically possible or not, the problem comes when it is institutionalised, some argue.
Forcing priests to suppress their urges or hide their sexual behaviour has warped people, believes Elizabeth Abbott, author of A History of Celibacy: "For thousands of years it's failed. It brings out horrible things."
Jimmy O'Brien says the next pope must look at the issue of celibacy. He has been married for 23 years and believes he made the right choice.
"Having experienced the contentment of family life I'd say I have more to offer the Church now than I did back then."
But Wang argues that people misunderstand celibacy. It ensures a unique relationship with God and one's parishioners, he says.
"It's not about repression. It's about learning to love in a certain way."
It's not just priests who are called by the church to be celibate, it's everyone outside wedlock, he argues. He rejects the link, commonly made in the media, between celibacy and scandal.
"It's not true to say that celibacy leads to sexual dysfunction or abuse. Unfortunately sexual scandals are occurring across society in various organisations, and feature married men not just celibate people."
The central issue is not about belief, says Dr Sandra Bell, a lecturer in anthropology at Durham University and author of Celibacy, Culture and Society.
"It's not an intrinsic belief in the Catholic Church, it's a law. When Anglicans want to convert to Catholicism they can keep their wives, which shows it isn't really a religious belief for priests to be celibate.”
BBC

Matt Damon Finally Talks About His Sexuality-It’s been Appreciated!

Matt Damon and Ben Affleck’s meteoric rise to fame with “Good Will Hunting” left behind a trail of tabloid speculation about their possible “bro-mance.” Damon, an avowedly straight man, did not address those rumors – until now.
“I never denied those rumors because I was offended and didn’t want to offend my friends
who were gay,” Damon said, “as if being gay were some kind of f--king disease. It put me in a weird position in that sense.”
The speculation about Damon’s sexuality has decreased in recent years, as had the public shaming of openly gay individuals, Damon noted. Although there is still progress to be made, Damon is happy with the recent advancements gay people have made in the public arena
“(T)he fact that Anderson Cooper and Ellen DeGeneres can come out so beautifully and powerfully, and it’s a big f--king deal that it turns out nobody gives a shit,” Damon told Playboy magazine.
Damon discussed other issues pertaining to homosexuality because he is slated to portray Liberace’s lover Scott Thorson in the upcoming biopic “Behind the Candelabra.”
“If Liberace were alive today,” Damon said, “everybody would love his music and nobody would care what he did in his private life. Like with Elton John.”
But Liberace was unfortunate to have lived in a less accepting era.
“These two men were deeply in love and in a real relationship—a marriage—long before there was gay marriage. That’s not an insignificant thing,” he said.
Gus Van Sant, the openly gay filmmaker behind “Milk” and “Good Will Hunting,” actually approached Damon about performing in “Brokeback Mountain” alongside Joaquin Phoenix. But Damon had just finished “The Talented Mr. Ripley” and “All the Pretty Horses.”
“Gus, let’s do it in a couple of years,” Damon told the acclaimed director. “I just did a gay movie and a cowboy movie. I can’t do a gay cowboy movie now.”
Damon also thought that Heath Ledger, the actor who landed the role, was “magnificent.”
He also intends to bring respect to material because of the subject’s importance, as Ledger had in “Brokeback Mountain.”
“We both (Damon and Douglas) have a lot of gay friends,” he said, “and we were not going to screw this up or bullsh-t it.”
mwalsh@nydailynews.com
NYDailynews
Over 5.6 Million Reads Adam Gonzalez at December 15, 2012 No comments: