Gay Man Jump Off Mountain to Escape His Hate Killers 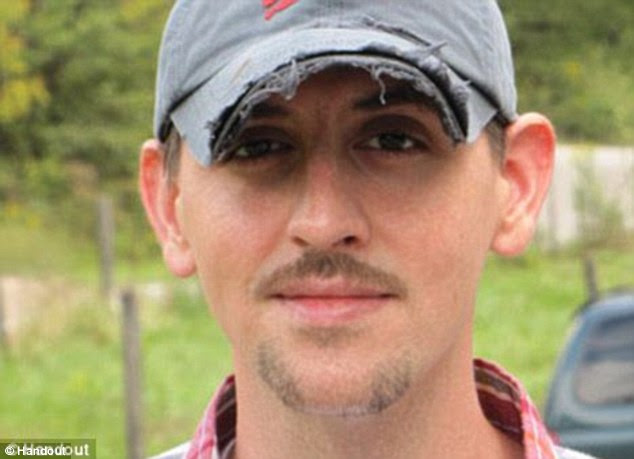 LONDON — In the first trial of its kind in the nation, a gay man testified Wednesday that two men yelled slurs about his sexual orientation as they punched and kicked him during a vicious attack in Harlan County.
Kevin Pennington, 29, said Jason and Anthony Jenkins took him to a dark, isolated road in mountainous Kingdom Come State Park and assaulted him one night in April 2011.
"You're gonna die, you ... faggot! You deserve this!" Pennington said the two yelled as they hit him.
Defense attorneys did not cross-examine Pennington on Wednesday, but they described Pennington as a drug dealer and said he lied early in the case by not disclosing that a planned drug deal preceded the attack.
"Mr. Pennington does not come to this with clean hands," Andrew Stephens, who represents Jason Jenkins, told jurors. 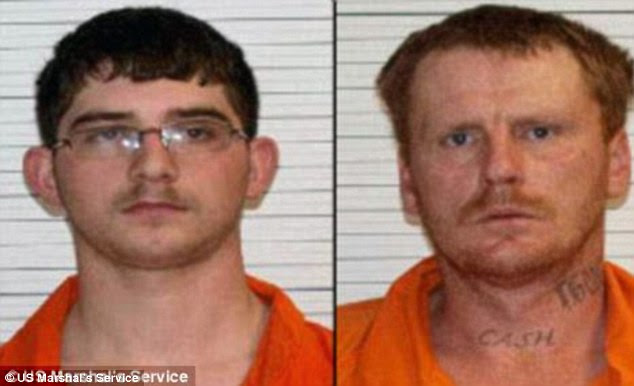 Jason and Anthony Jenkins, who are cousins, are charged with conspiring to kidnap Pennington, with kidnapping him, and with injuring him because he is gay.
The charges were the first in the nation under a section of the federal hate-crimes law that makes it illegal to attack someone based on the victim's real or perceived sexual orientation, according to U.S. Attorney Kerry B. Harvey. The Jenkins cousins could face life in prison if convicted.
One key issue in the trial, which began Wednesday, is whether the attack on Pennington was motivated by anti-gay bias.
"This case is about the two defendants ... planning and trying to kill Kevin Pennington because Kevin Pennington is gay," Assistant U.S. Attorney Hydee Hawkins told jurors.

The Jenkins cousins attacked Pennington's boyfriend in 2009, but he and Pennington got away, prosecutors said in a court document.
Jason Jenkins decided to attack Pennington last year over that "unfinished business," Hawkins told jurors Wednesday.
Stephens and Willis G. Coffey, who represents Anthony Jenkins, acknowledged that Pennington was beaten up last year, but they said the attack was not because of his sexual orientation.
Coffey said Pennington had agreed to buy a dose of Suboxone for Ashley Jenkins, who is Anthony's sister. Suboxone is used to treat drug dependency, but it also can be abused to create a high. 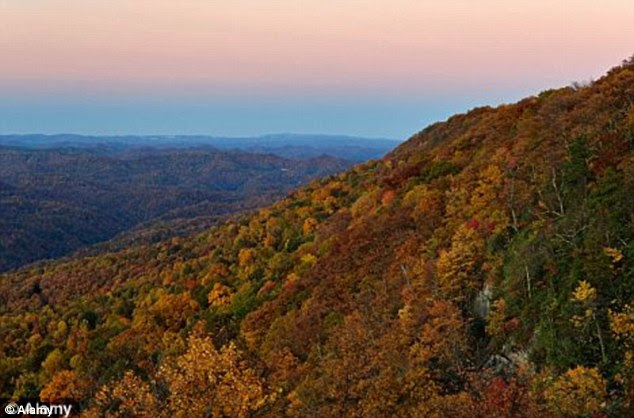 However, Jason Jenkins, who was very drunk and abusing drugs, was worried that Pennington's source was a police informant, and the two argued, Coffey said.
"There was simply an argument that led to a fight because Jason was out of his head," Coffey said.
The crippling level of drug abuse in Eastern Kentucky is a subtext in the trial. Everyone involved had a drug problem except Anthony Jenkins.
Ashley Jenkins and Alexis Jenkins, Anthony Jenkins' wife, also were charged in the case.
Both pleaded guilty to aiding in the attack on Pennington, but neither have been sentenced.
Ashley Jenkins testified Wednesday that she had bought Suboxone from Pennington many times before April 2011.
Jason and Anthony Jenkins came up with a plan for her ask Pennington to go to Cumberland with her and help her get the drug, Ashley Jenkins testified.
The real goal was to lure Pennington into Anthony Jenkins' pickup truck, she said.
Jason and Anthony Jenkins wore hooded clothes to hide their faces, turned off the dome light in the truck and looked away from Pennington as he approached, she testified.
"They was going to take him up on the park and beat him to death" and dispose of his body, Ashley Jenkins said of her brother and cousin.
On the way, Alexis Jenkins mistakenly turned on the interior light, and Pennington, in the back seat of the extended-cab pickup, saw Jason and Anthony Jenkins up front.
Pennington could not get out of the back seat unless the front door was opened.
Pennington began asking to get out, but Jason Jenkins instead threatened to rape him, both Ashley Jenkins and Pennington testified.
She said Pennington begged her not to let the others hurt him, but they dragged him out of the truck and punched and kicked him repeatedly while all four of them yelled anti-gay slurs.
Defense attorneys challenged Ashley Jenkins' truthfulness, saying she has given conflicting statements, and they suggested that she crafted her story to try to get a lower sentence.
Coffey said she had earlier told at least nine people that the attack was motivated by drugs, not Pennington's sexual orientation.

Jenkins acknowledged that she wants to try to get a lower sentence, but she said she told the truth on the witness stand.
Pennington, a slight, soft-spoken man, became emotional as he described the attack on the cold, rainy night.
He said he curled into a ball on the road as Jason and Anthony Jenkins hit and kicked him.
"I was screaming at the top of my lungs, 'Please stop!'" and he said he apologized for whatever he'd done to make them mad.
He said he saw flashes of light as his head kept hitting the pavement, and then he blacked out.
When he came to, the others were looking for a tire iron in the truck to continue beating him, Pennington said.
Fearing for his life, he ran and jumped over the side of the mountain near the road, landing several feet down, Pennington said.
He hid behind a rock until his attackers stopped looking for him, then, after they left, he limped to the ranger station and broke a window to get access to a phone to call for help, he said.
Pennington said he initially did not tell authorities of the drug buy that he had arranged before the attack because he was concerned that would detract from the real reason for the assault: his sexual orientation.
Defense attorneys are scheduled to cross-examine Pennington when the trial resumes Thursday.
By Bill Estep — bestep@herald-leader.com

BENGHAZI, Libya — Two Libyan protesters were killed and dozens wounded early Saturday as h undreds of demonstrators attacked militia compounds in a surge of anger at armed groups in Benghazi whose unchecked powers led to last week’s killing of the U.S. ambassador.

For many Libyans, the Sept. 11 attack on the U.S. Consulate in Benghazi was the last straw in one of the biggest problems Libya has faced since last year’s ouster and death of longtime dictator Moammar Gadhafi: the multiple mini-armies armed with machine guns and rocket-propelled grenades that are stronger than government security forces.
But in an indication of government fears of a sudden security vacuum without the militias it relies on to keep order, officials called on protesters to respect ‘‘legitimate’’ militias.
While the late Friday protests were planned in advance though social networking sites and flyers, the storming of the heavily armed militia headquarters took many by surprise. After breaking off from a huge anti-militia march — the biggest in the eastern city since the fall of Gadhafi’s regime last October — protesters overtook a building used by Islamist militia Ansar al-Sharia, set fire to a vehicle and offices after freeing three detainees held in an underground cell. The group is linked to the killing of U.S. Amb. Chris Stevens.
Protesters on foot and in cars, some carrying guns and others machetes, moved to another heavy armed compound on Benghazi’s outskirts that houses Rafallah Sahati militia.
Panicked, Libyan government officials urged protesters to differentiate between what it called ‘‘legitimate and non-legitimate’’ militias.
The militias, a legacy of the rag-tag popular forces that fought Gadhafi’s regime, tout themselves as protectors of Libya’s revolution, providing security where police cannot. But they now face public criticism and are accused of acting like gangs, detaining and intimidating rivals and carrying out killings.
Libyan military chief of staff Youssef al-Mangoush said three big militias — Rafallah Sahati, Feb. 17 and Libya Shield — are considered ‘‘pro-government’’ and warned protesters against pushing for what he described as ‘‘counter-revolution’’ goals. The government heavily depended on Rafallah Sahati, for example, to secure Benghazi during the country’s first national elections in July in decades. The militia took its name from an Islamist fighter who battled fiercely against Gadhafi’s forces earlier in the revolution.
But most of Libya’s militias still answer to their commanders before the state. Protesters, like those on Friday, want the fighters to be trained outside Benghazi and follow state army orders as individual soldiers and not as part of a militia. Many of the militiamen are unruly and undisciplined civilians who raised arms during the eight-month war.
Mohammed al-Megarif, head of Libya’s General National Congress, ordered protesters to leave alone militias that are ‘‘under state legitimacy, and go home.’’ Nearly seven hours of clashes ended shortly after his demand that was broadcast on local Libyan TV channels.
Standing next to charred cars and several pickup trucks mounted with anti-aircraft guns, weary armed militiamen guarded the entrance of the Rafallah Sahati compound. The compound was once one of Gadhafi’s houses. Some of the men wore military uniforms, while others were dressed in Afghani-style clothes.
‘‘Those you call protesters are looters and thieves,’’ said Nour Eddin al-Haddad, a young armed man with hanging a rifle on his back. ‘‘We fought for the revolution. We are the real revolutionaries. We are part of the army. I have official documents to prove it.’’
However, 22-year-old protester Farag Akwash, who was wounded with a bullet in his arm, described it as ‘‘a Moammar militia.’’
‘‘If you are really an army force, you wouldn’t shoot at the people. You wouldn’t kill people. You protect people,’’ said Akwash whose arm was hidden under a bandage Benghazi Medical Center. ‘‘We don’t want to see militias in the city anymore. We only want to see army and police.’’
Mohammed al-Fakhri, manager of al-Hawari hospital in Benghazi, said two young men died and about 30 were injured in the clashes.
Some media reports put the number of dead to four, but it was not immediately possible to confirm that.


Love And Pride Sale! Up to 70% OFF on Selected Products Buy Now!