Breast Milk from HIV Mothers is Good For the Baby's 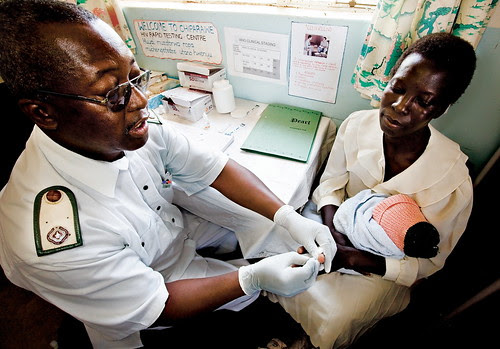 Photo by DFID – UK Department for International Development via Flickr
As an IBCLC, I’m always thrilled when a new study comes out and affirms what I already know about human milk – that it’s amazing and we’re constantly learning something new about it.

Last summer, one of the first classes I took toward my Master of Public Health was Introduction to Epidemiology. Because it was online, class discussions were held to a strict standard – our professor required us to back up any claims with peer-reviewed evidence.  No matter what the topic was, I did my best to bring it around to breastfeeding, often to the chagrin of the other rising students of public health, who learned quickly just how much they didn’t know about breastfeeding. Naturally, no class about epidemiology (according to Merriam-Webster: the study of the incidence, distribution, and control of diseases in a population) would be complete without discussions of HIV, but the topic of HIV and breastfeeding wasn’t one I ever needed more than an elementary understanding about, given the population I serve as an IBCLC.
A classmate remarked that while breastfeeding might be the best thing to do for most mothers in most parts of the world, in nations where the prevalence of HIV is high, only those mothers with access to highly-active anti-retroviral therapy (HAART) were advised to breastfeed. She had worked with a population that was not advised to breastfeed their babies, and was frustrated by the fact that access to uncontaminated water (both for mixing formula and for cleaning feeding vessels) was nearly as difficult as access to the HAART drugs – making minimization of all risk impossible for these babies born to HIV+ mothers. I had read that, for HIV+ mothers, exclusive breastfeeding, rather than mixed feeding (breastfeeding plus formula) was the safest way to feed her infant, perhaps due to the protective effect of SIgA and other human milk components on the infant’s gut (shown by reduced incidence of transmission in the exclusively breastfed groups in studies cited below). However, a newly-released study offers another explanation, one that adds to the “wow factor” of human milk: antibodies in the milk of HIV-infected mothers actually help neutralize HIV itself.
The study by Friedman, et al. at Duke University in North Carolina, U.S.A. is part of ongoing efforts to develop a vaccine against HIV. Researchers isolated an immunological component of colostrum of HIV+ mothers – HIV-specific B-cells, and noted that they neutralized the virus.
The World Health Organization states:
Mothers known to be HIV-infected (and whose infants are HIV uninfected or of unknown HIV status) should exclusively breastfeed their infants for the first 6 months of life, introducing appropriate complementary foods thereafter, and continue breastfeeding for the first 12 months of life.
Breastfeeding should then only stop once a nutritionally adequate and safe diet without breast milk can be provided (WHO, 2010.)
Over 5Million Reads Adam Gonzalez at June 16, 2012 No comments: Links to this post 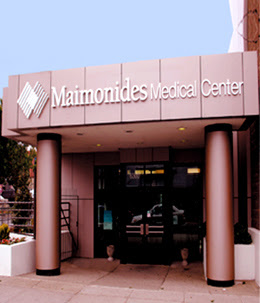 A two-week old infant died last fall in a Brooklyn hospital from herpes contracted from a religious circumcision. According to the Daily News, the unidentified infant died last September at Maimonides Hospital—the cause of death was listed as “disseminated herpes simplex virus Type 1, complicating ritual circumcision with oral suction.” The case sounds eerily similar to that of Rabbi Yitzchok Fischer, a Rockland County mohel who was found to have given three babies herpes through the ritual.
Fisher specialized in the ultra-Orthodox ritual known as metzizah b’ peh, in which a rabbi or mohel removes blood from the wound with his mouth. One of those three babies infected with herpes by Fisher died, and the city Health Department filed a restraining order stopping Fisher from performing the procedure. But the city ultimately caved and handed the matter over onto a Jewish religious court.
Last year, a Queens toddler who went into Beth Israel Hospital for a routine circumcision died after he was given a general anesthetic instead of a local one. There has also been an active intactivist movement working in San Francisco, who believe in the right of baby boys to keep their foreskins intact. The last we heard of them, their reach may have exceeded their grasp: the group was roundly criticized for a series of online comic books featuring "Foreskin Man" fighting the "Monster Mohel,"which many called anti-Semitic.
http://gothamist.com
Over 5Million Reads Adam Gonzalez at March 04, 2012 No comments: Links to this post