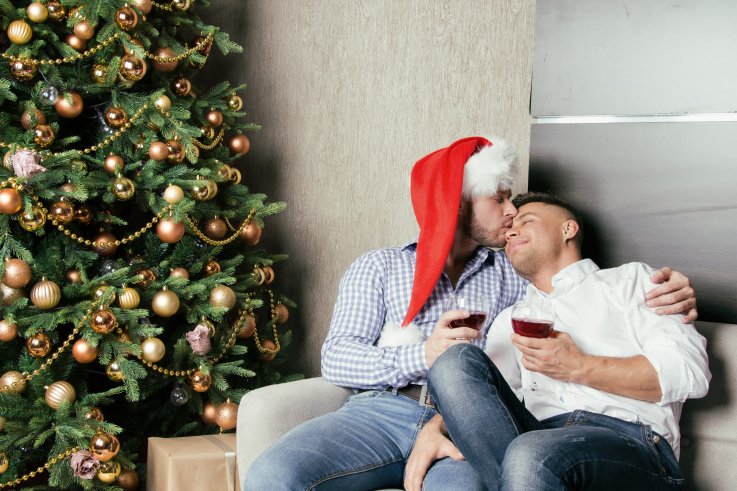 Out reported Friday that evangelical website LifeSiteNews started a petition asking the Hallmark Channel not to produce a potential "gay Christmas movie." Though LifeSiteNews claims "viral" numbers of 30,000 signatures, Out claims the numbers have likely been artificially inflated after adding its own conspicuously fake names to the list.

Controversy and outrage erupted in conservative circles after a November 15 interview with Hallmark Channel CEO Bill Abbot for The Hollywood Reporter's TV's Top 5 podcast. Abbot stated that he would be "open" to the idea of a gay-themed Christmas movie, although the channel has yet to produce one and has no immediate plans to do so. The channel is said to be releasing over three dozen Christmas-themed films this year, none with gay major characters.

The petition warns The Hallmark Channel against incurring the wrath of evangelicals, claiming they could be "on the verge of making a terrible moral decision" if they ever decide to make a movie that includes the "promotion" of people portrayed as openly LGBTQ.

"Hallmark should also know that if they give-in to the LGBT agenda, the LGBT activists will never be satisfied. They will always want Hallmark to be pushing more and more aberrant views and characters," the petition reads. "That doesn't sound like a very fun Christmas movie at all!"

Although the Out article asserts that more than 30,000 genuine signatures on the petition are plausible, the website describes the results as "fake," noting that the petition allows multiple signatures from the same internet user, as long as they provide different names and email addresses. The outlet claims they were able to successfully sign the petition multiple times, despite using seemingly suspicious email addresses including frothymixture@aol.com.

Out.com also suggested that the tactic of using polls and petitions of questionable veracity is common among right-wing groups online. The article referenced a 2017 report in The Daily Beast that called out a claim by the anti-gay American Family Association (AFA) that over 1 million people had signed a pledge to boycott retail chain Target over a 2016 announcement that they would allow customers to use restrooms that correctly correspond to their gender identities.

As in the "Hallmark movie" petition, the "Target" pledge was found to be easily inflated by single users forging multiple signatures with different email accounts.

If the supposedly large-scale boycott of Target happened, it did not appear to affect the company's long-term sales figures. The Wall Street Journal reported November 20 that the company has enjoyed over two years of consecutive quarterly sales growth.